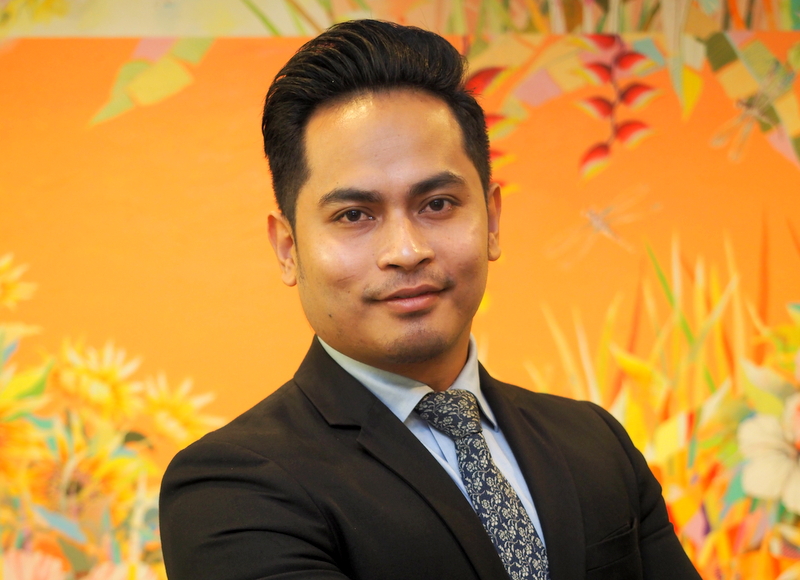 Zuraidi Zulkifli graduated from International Islamic University Malaysia with a LL.B (Hons) in 2016.

Upon graduation, he joined the Firm in March 2016 to undertake his pupilage under the supervision of our Partner, Abu Daud Abd Rahim.

He was called to the Malaysian Bar in March 2017 and retained as an Associate in Litigation & Arbitration Practice Group 3. Throughout his tenure, he had involved in a broad range of general litigation matters and disputes.

In February 2019, he joined Attorney General’s Chamber as a Deputy Public Prosecutor. He has conducted numerous criminal prosecutions in the Magistrate Courts, Sessions Courts and the High Court. He was a team member in the prosecution of former First Lady of Malaysia for anti-money laundering and corruption case.

He was awarded the Excellent Service Award in 2021 by the Attorney General’s Chamber in recognition of his excellence in service as a Deputy Public Prosecutor.

He rejoined the Firm in December 2022 as Senior Associate 2 and is part of our Litigation & Arbitration Practice Group (3) under the supervision of the Partner, Abu Daud Abd Rahim.

Mohd. Shah obtained his Bachelor of Laws degree from the University of Canterbury, New Zealand and is a Barrister & Solicitor of the High Court of New Zealand. He is an Advocate & Solicitor, High Court of Malaya and is a Licensed Company Secretary and a Trade Mark and Industrial Design Agent.

He was called to the Malaysian Bar in September 1984 and was in private practice in the areas of Commercial Litigation, Corporate and Private Conveyancing, Banking Documentations, Government Licensing and Private Clients.

In September 1996, he joined Nestlé Malaysia as a Legal Manager and was appointed as the head of the Legal Department of the Nestlé Group of Companies in Malaysia and Singapore in 1998. His areas of responsibilities were Legal, Company Secretarial and Government Relations. Mohd. Shah was the Executive Director, Legal & Secretarial of the Nestlé Group of Companies until 30 June 2013.

During his tenure, he has been exposed and participated in various areas of legal and commercial transactions affecting the food industry, including, manufacturing, warehousing, sales and marketing, purchases of landed properties, sale and purchase of shares, licensing of intellectual properties and applications of various types of licences and fiscal incentives from the regulatory authorities.

Mohd. Shah served as the Company Secretary of Nestlé (Malaysia) Berhad and all of its subsidiaries and associated companies. He advises the Board of Directors on all aspects and was responsible to ensure adherence to integrity, compliance and governance of the Companies to related corporate compliance and governance requirements. In 2011/2012, he was instrumental in the setting up of a comprehensive and all-encompassing Corporate Compliance Framework for the Nestlé Group of Companies in Malaysia and Singapore.

He was also involved as an industry representative in various dialogues and discussions with the Ministry of Domestic Trade, Co-Operatives and Consumerism on the drafting of the Competition legislation since 1998, including participating in a PEMANDU Lab, prior to the passing of the Competition Act 2010.

He is experienced in all aspects of In-House legal issues for a Fast Moving Consumer Goods Industry, Company Secretarial and Corporate Governance and Compliance requirements affecting Public Listed Companies and various aspects of the Competition Act 2010 affecting Companies with dominant market positions in Malaysia. His passion are in the areas of Compliance, Governance and Integrity.

He was attached to a small banking law firm from 2013 to 2016. He served as the Company Secretary of Asian Finance Bank, now known as MBSB Bank from September 2016 to February 2018.

He serves as Prudenz Corporate House as Chief Operating Officer, on part time basis, since July 2018. Mohd. Shah currently sits as Director of a number of companies. Syed Zomael is a qualified lawyer from India. He obtained his degree in law from the University of Calcutta, India, in 2009. He also holds a LLM in International Commercial Law (with Merit in Comparative Corporate Law) (2011), from the Robert Gordon University, Aberdeen, UK.

Some of Syed Zomael’s notable assignments include:

He has also interned with Stronachs LLP, UK (2013) (a Aberdeen-based coprorate and commercial law firm) for a brief period. He is currently attached to the Senior Partner’s Office headed by Dato’ Azmi Mohd Ali. Sherena graduated from University of Cardiff with a LL.B (Hons) in 2018 and proceeded to complete the BPTC at City, University of London, being called to the Bar of England and Wales and a member of Middle Temple. She also continued to pursue her LL.M at the same University focusing on Money Laundering and Terrorism Financing.

During her university years, she was focused on commercial and company law matters as well as fraud and economic crime disputes.

Upon returning to Malaysia, she underwent pupillage at Messrs Shearn Delamore & Co where she worked primarily on Banking Litigation and Retail Banking matters while assisting on general dispute files. Sherena is a trained litigator from her experiences in the litigation department. Previously, she interned at Messrs Benjamin Dawson and Messrs Ariff Rozhan & Co while completing her LL.B. She was admitted to the Malaysian Bar in April 2022.

Some of Sherena’s assignments are as follows:- 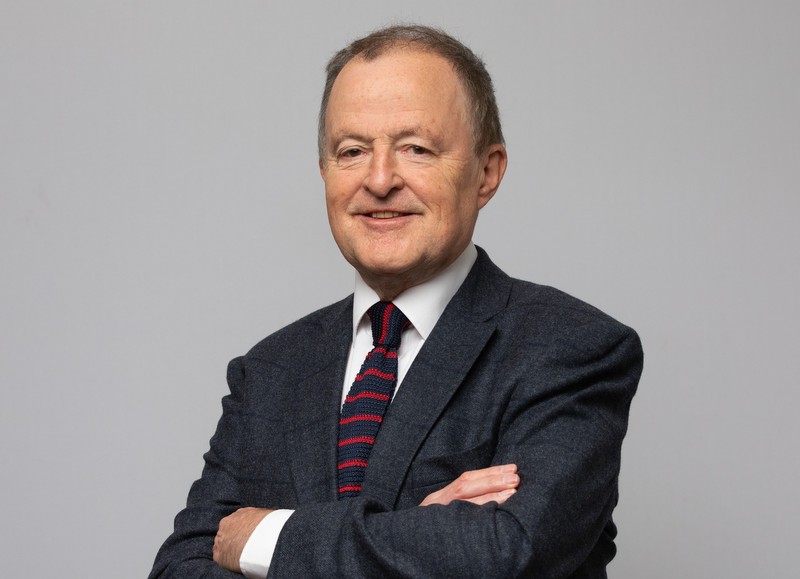 John Vercoe qualified as both barrister and solicitor with over 40 years legal and commercial experience in working at leading international companies and law firms in the O&G and I.T businesses.

John is highly experienced in working successfully with international oil and gas teams in Europe, Central Asia (especially Kazakhstan), Africa, and Southeast Asia. His focus has particularly been in the upstream including HSE, and he knows the oil and gas industry and the key people in the industry very well.

John has acted for both large and small international oil and gas companies and contractors in their day-to-day business with Governments and regulatory agencies. He has participated in major oil & gas pipeline negotiations in Moscow and Kazakhstan. His experience has also included providing legal services to a major international oil and gas company in respect of its gas networks in Europe and Africa.

John was the senior legal expert in a project sponsored by the European Commission in Brussels known as Enhancement of Environmental Protection Measures in the Oil and Gas Industry of Central Asia (EPMOGI).

John was the general counsel of British Gas E&P for many years, and was involved in the huge BG privatization and then the acquisition of large international oil companies on the market.

John has worked in Kazakhstan for over six years and a stint at Shell’s headquarters in the Hague, Netherlands, having been senior attorney for Baker & McKenzie; Head of Legal Services for OKIOC, the North Caspian oil and gas joint venture leading to the discovery of the giant Kashagan field; Vice President of Legal Services for Hurricane Hydrocarbons (now PetroKazakhstan); and a partner in two international law firms, PLLG and Dr KC Mildwaters. He was also a partner at Fasken Martineau Stringer Saul, London, UK, a leading British-Canadian law firm where he specialized in O&G.

John has taken great interest in the interaction between law and business and has followed business schools programs at leading business schools, Cranfield University and Nottingham Law School, both in the UK. At BG (British Gas), he gave regular presentations and training to in-house professional staff; he has given talks and lectures on O&G at Dundee University Center for Energy, Petroleum and Mineral Law and Policy; and external conferences on gas transportation and health & safety.

Prior to being registered as a Foreign Lawyer in Malaysia, John has had a strong interest in Malaysia which stretches back to 1990. He has participated in UK Law Society missions and visited Malaysia to participate in talks and seminars concerning the Oil & Gas sector and provided advisory services on various projects.

John was called to the Bar at the Honourable Society of Gray’s Inn and is currently a practising solicitor in the United Kingdom. John is also a member of the Association of International Petroleum Negotiators (‘AIPN’) and the Energy Institute (UK).

John Vercoe joined the Firm in November 2021 as a registered Foreign Lawyer and will be the Firm’s International Energy and Oil & Gas Consultant. John has been permitted to practise in the following areas by the Malaysian Bar Council: Corporate Commercial, Energy, Oil & Gas and International Joint Venture. 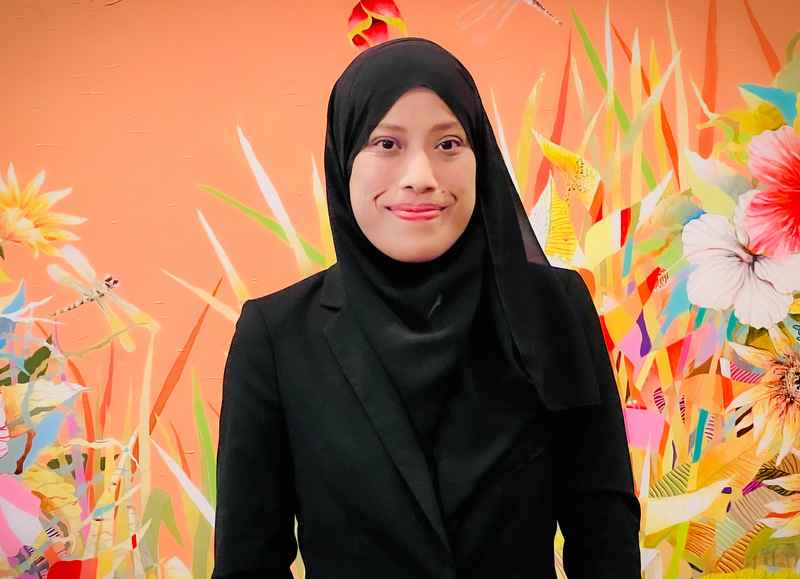 Halimah chambered at Messrs. Mohamed Ridza & Co and was admitted to the Bar in January 2015. She subsequently became associate in the same firm and gained exposure in drafting of sale and purchase agreements as well as financing documentation for various financial institutions.

In March 2019, she made a move to join Messrs Lee Hishamuddin Allen & Gledhill but later in July 2019, she rejoined Messrs. Mohamed Ridza & Co and continued her practice until December 2020.

Halimah joined Azmi & Associates in October 2021 as a member of the FS1 PG. She has been attending to various Islamic banking and conveyancing transactions. 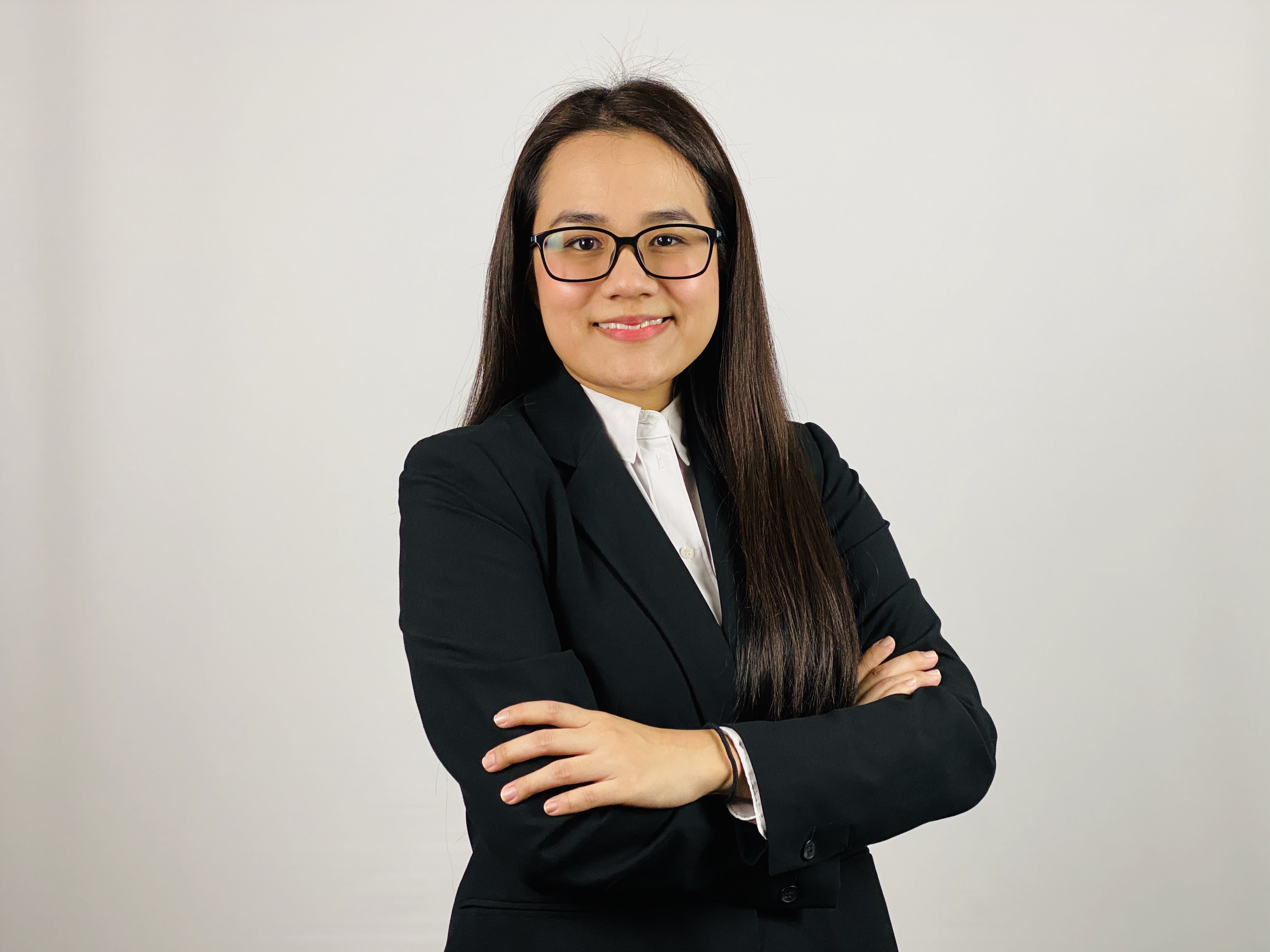 During her university days, she had undergone two internships. In 2017, she did her first structured internship with Zaid Ibrahim & Co and in the following year, she undertook an internship with Albar & Partners.

She was also an active member participating and organising fundraising events for the UNICEF Society during her university days.

She is currently part of Construction & Engineering Practice Group under the supervision of our Senior Partner, Dato’ Azmi Mohd Ali. 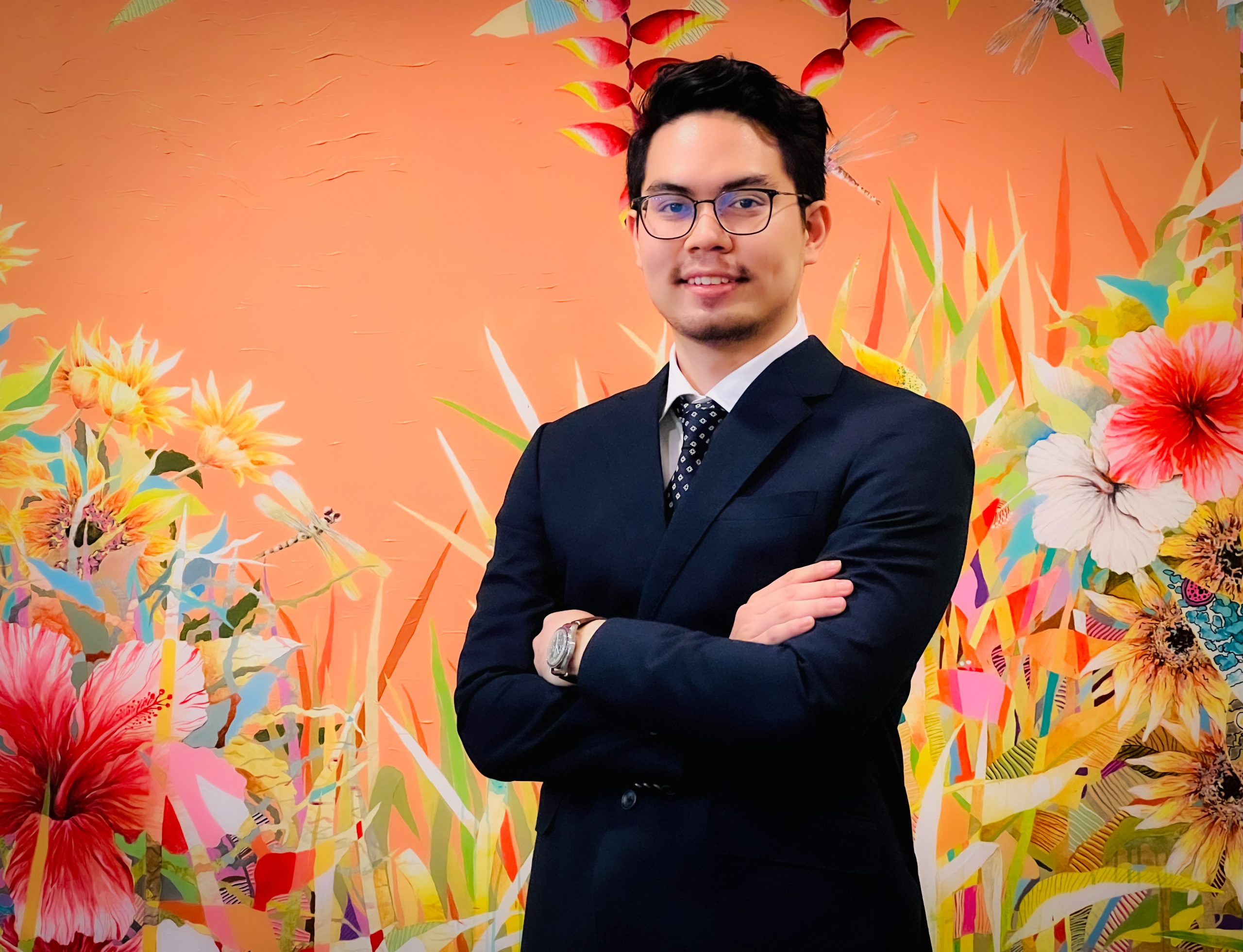 Nafis Zain Safwan Majid Zain graduated from University of Essex with a LLB (Hons) in 2018. He then pursued the Bar Professional Training Course and Master of Laws (BPTC LLM) at The University of Law, London and was subsequently called to the Bar of England and Wales by the Honourable Society of the Middle Temple in November 2019. As part of the BPTC LLM, he provided Pro Bono legal services in the field of Immigration under the supervision of the Legal Advice Clinic of The University of Law.

He spent the term of his pupillage at Messrs Zul Rafique & Partners where he gained a growing interest in corporate and commercial law and was admitted to the Malaysian Bar in December 2020.

In pursuit of his desire to learn more about the corporate world, he joined Azmi & Associates in August 2021 as an Associate under the Construction & Engineering Practice Group which is spearheaded by our Senior Partner, Dato’ Azmi Mohd Ali. He has since gained experience in several areas of law including Construction, Energy, Oil & Gas and Mergers & Acquisitions. She worked as Trademark Paralegal at Zaid Ibrahim & Co where she had hands on experience in Trademark by filling new applications, submitting opposition to Malaysian Intellectual Property office. She has undergone an internship with Asbir Hira Singh in 2019. During the tenure of the internship, she has explored mainly areas of law relating to medical negligence, where she was trained carrying out research tasks and transcribing cases.

She is currently undergoing her pupilage and her master is Natalia Izra Dato’ Nasaruddin. Asiah Siddiah Abdurrahman read law at University of Bristol and graduated with a LL.B (Hons) in 2019.

Prior to joining Azmi & Associates in 2022, she worked under the Investigation and Enforcement Division at Malaysia Competition Commission (MyCC) and was later appointed as a Commission Officer. She worked as a Legal Executive at Wong & Partners (member firm of Baker & McKenzie) and as a paralegal at Thomas Philip Advocates & Solicitors. She was an intern at Lee Hishammuddin Allen & Gledhill in 2018.