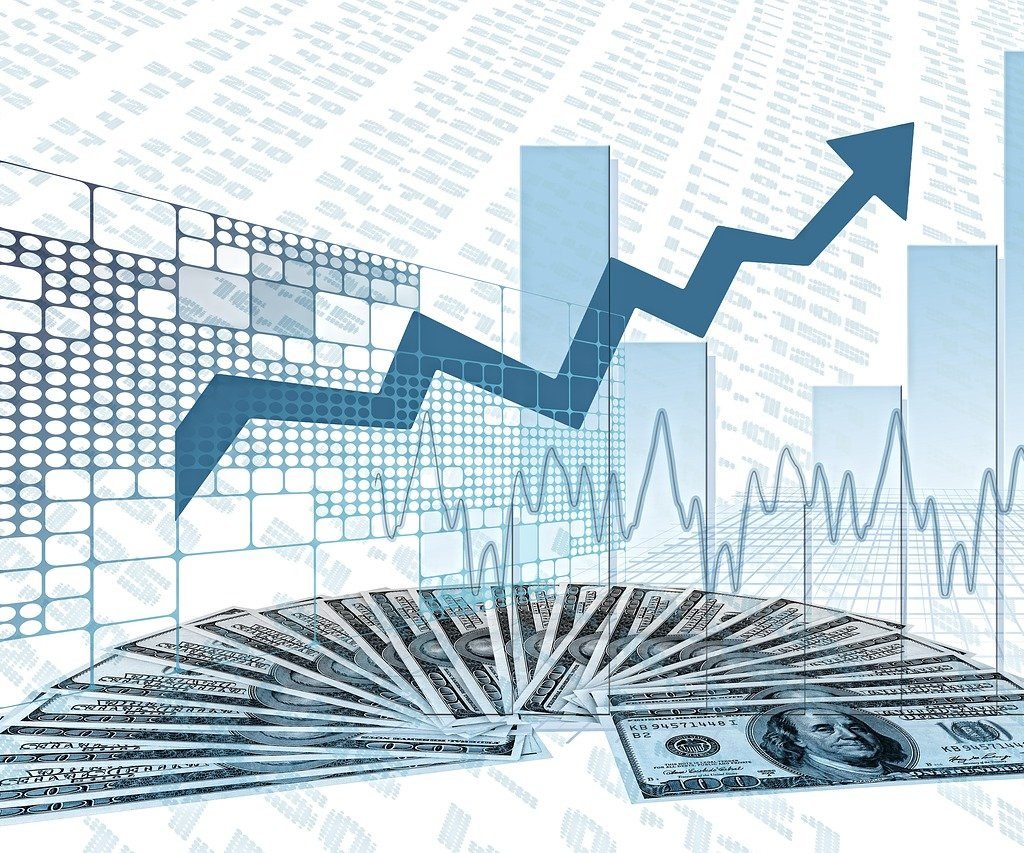 One method for a public listed company to demonstrate its value and strength is through the price of its shares. When there is growth in the business of a listed company, demand for its shares increases, which in turn increases the share price. However, there are times when certain individuals take advantage by resorting to tactics to manipulate the share market to entice investors. This is known as share market manipulation, which refers to the act of transacting in the shares or securities of a company that will have or is likely to have the effect of raising or lowering or maintaining the price of the company’s shares on a share market, with the intention of inducing investors to purchase or subscribe for the company’s shares. The United States Securities Exchange Commission has defined manipulation as an intentional and pre-planned behaviour in order to control or to influence artificially to market of special security by investors[1].

Share market manipulation come in a variety of forms; which includes the following:[2]

When a trader places both buy and sell orders at the same price. The intent is to churn up the trade volume, making the share look more interesting to other investors, and thereby increasing the price.

b. Painting the Tape

It refers to a situation where a group of traders create activity or rumours to drive up the price of a share. It is also referred to as “Runs” or “Ramping”.

In Malaysia, share market manipulation is prohibited and is an offence under Section 176 of the Capital Market and Services Act 2007, which states as follows:

1. Subject to section 180, no person shall effect, take part in, engage in, be concerned in, or carry out, either directly or indirectly, any number of transactions in securities of a corporation, being transactions that have, or are likely to have, the effect of

2. A reference in this section to a transaction, in relation to securities of a corporation, includes

A person who contravenes section 176 above commits an offence and shall be punished on conviction to imprisonment for a term not exceeding 10 years and to a fine of not less than RM 1million.

“a. adhere to just and equitable principles and act with due skill, care and diligence and with due regard for the integrity of the market; and
b. not through any act or omission, do anything which may result in or has the effect of the market not being orderly and fair.”

b. Cases in Malaysia

In Malaysia, Securities Commission of Malaysia (“SC”) is the watchdog and plays an active role in monitoring share market manipulation on the Malaysian stock exchange and the SC has taken action against persons who have taken part in this market misconduct.

In 2018[4], SC entered into a consent judgement with 7 defendants for a civil suit filed in 2014 for the act of engaging in stock market manipulation, false trading and market rigging transactions in respect of DVM Technology Bhd (“DVM”) shares from 14 March 2006 until 21 March 2006. This was done by the defendants, by actively transacting in DVM shares amongst themselves, causing the price of the shares to artificially rise from RM0.11 on 14 March 2006 to a high of RM0.32 on 20 March 2006. The defendants’ actions had created a false or misleading appearance of active trading on DVM shares as well as the price of the shares[5].

The High Court ordered the defendants shall jointly and severally pay the sum of RM 3,823,231.92 consisting of: special damages of RM 3,073,231.92; and a civil penalty of RM 750,000.00. Moreover, the defendants are prohibited from being directors of listed companies and from trading in any securities on Bursa, directly or indirectly, for a period of 5 years.

Also in 2018, SC announced[6] that it has entered into a settlement agreement with 7 defendants for an offence on share manipulation in APL Industries Bhd (“APLI”) which was brought by SC in 2017[7]. The trades carried out by one Ng in the accounts of the other six defendants represented 30.36% of the total volume of APLI shares traded. SC claimed that the defendants’ actions had created a misleading appearance of active trading with respect to the market for APLI shares, as well as having the effect of maintaining the price of APLI shares. The defendants agreed to pay a settlement sum of RM2,354,672.13; RM2,154,672.13 being the sum of the unlawful gains from the false trading, market rigging and market manipulation and RM200,000 being the sum of the civil penalty.

In the case of Wong Chee Kheong v Pendakwa Raya[8], the two appellants (former directors of Impetus Group of Companies) had created a misleading appearance of active trading of Suremax Group Berhad (“Suremax”) shares in Bursa, by indirectly participating in transactions of sale and purchase of Suremax shares that did not involve any change in the beneficial ownership of the said shares, executed through the central depository securities (“CDS”) accounts.

Between 2004 and 2005, Suremax shares were actively traded in a total of 153 accounts opened with 15 stockbroking firms procured by the two appellants. The volume of the shares traded was rising abnormally throughout the material period against the volume of the stock market which was declining.

It was found that the first appellant played the major role as he had monitored the share price and dictated the price and quantity to buy and sell Suremax shares and the manner of the trade whereas the second appellant was to procure further additional accounts in the whole scheme and had assisted the first appellant in conveying orders to trade as dictated by the first appellant, including his own account. The High Court had convicted the two appellants and on appeal, the Court of Appeal dismissed the appeal and upheld the convictions for share market manipulation.

In another case announced by SC[9] in 2017 pertaining to the shares of Iris Corporation Berhad (“Iris”), the High Court had declared in favour of SC against defendants for their role in the manipulation of Iris shares in 2006. All 7 defendants were declared to have conspired to manipulate the share price of Iris. The manipulation was conducted through a complex layering of the origination of the orders and transactions via foreign intermediaries. The defendants collectively used numerous trading accounts to create an artificially strong demand for Iris shares. It had caused the price of Iris shares to rise from RM0.08 to a closing high of RM1.36 per share with an average of 200 million shares being traded daily over that period.

In 2012[10], SC charged a former remisier in the Kuala Lumpur Sessions Court and another individual for abetting the manipulation of shares in Lii Hen Industries Bhd (“Lii Hen”) by creating a misleading appearance of active trading of Lii Hen shares by being involved in the sale and purchase of Lii Hen shares that did not result in any change of beneficial ownership. The trades were executed through 42 accounts at nine stockbroking companies between March 2004 and October 2004.

In 2010[11], SC obtained convictions against 2 individuals for their involvement in the manipulation of Fountain View Development Bhd (“FVD”) shares. The first defendant, a former director of FVD, pleaded guilty to the offence of creating a misleading appearance of active trading of FVD shares on Kuala Lumpur Stock Exchange (now known as Bursa) through at least 20 CDS accounts which were beneficially owned by the accused through the companies that he controlled. The second defendant pleaded guilty for abetting the first defendant whereby he was responsible for executing and relaying orders for the sale and purchase of the shares during the material time to various stockbroking firms.

Position in Other Jurisdictions

In the UK, share market manipulation is governed under Section 123 of the UK’s Financial Services and Markets Act 2000 and the Market Abuse Regulation and the regulator assigned with monitoring its capital market is the Financial Conduct Authority (“FCA”).

One of the prominent share market manipulation cases in the UK brought by the FCA is the Da Vinci Invest’s Case[12], where 3 Hungarian traders and 2 investment firms were ordered to pay £7.5 million after manipulating the share prices of 186 companies in London. The High Court made the ruling following the temporary injunction in 2011 obtained by FCA to stop them embarking on a process known as layering, or spoofing. Under this process, lots of orders are entered into a trading system to move share prices, with the aim of allowing the traders to profit from the change in price.

In 2009[13], 4 were found guilty and were sentenced to jail for conspiring to manipulate the market in the shares of Asia Standard Hotel Group Ltd (“ASH Group”), which contributed to an increase of the share price by 78% and the company’s market capitalisation by $4 billion. The SFC, dubbing this case as the biggest market manipulation in Hong Kong, brought the action on the basis that four individuals trading activities had effectively rigged the market, producing a false picture of the depth and liquidity for ASH Group shares and contributing to an increase in the share price of ASH Group and in the company’s capitalisation.

In Australia, Section 1041A of Corporations Act 2001, contains the prohibition against share market manipulation. The Australian Securities and Investments Commission (“ASIC”) is the authority assigned with enforcing the prohibition.

In R v Stefan Mark Boitcheff[14], the defendant was sentenced to one year and nine months in prison after pleading guilty to manipulating the prices of a single stock traded on the Australian Stock Exchange. The defendant used contracts for difference (CFDs) to simulate activity in the shares of Anteo Diagnostics Limited. A series of trades on was done to move the price of the stock thereby creating an artificial price.

Share market manipulation is a market misconduct which is harmful and may disrupt the integrity of the financial markets and creates an uneven playing field[15] for investors as it creates a false sense of value of a company’s shares. Hence the need for controls and special regulations to be in place to deal with this phenomenon in order to confront false prices and to avoid distorting the minds of investors[16], which can be seen from the proactive roles of SC, FCA, SFC and ASIC, acting as the watchdog of the capital market of their respective countries as highlighted above.