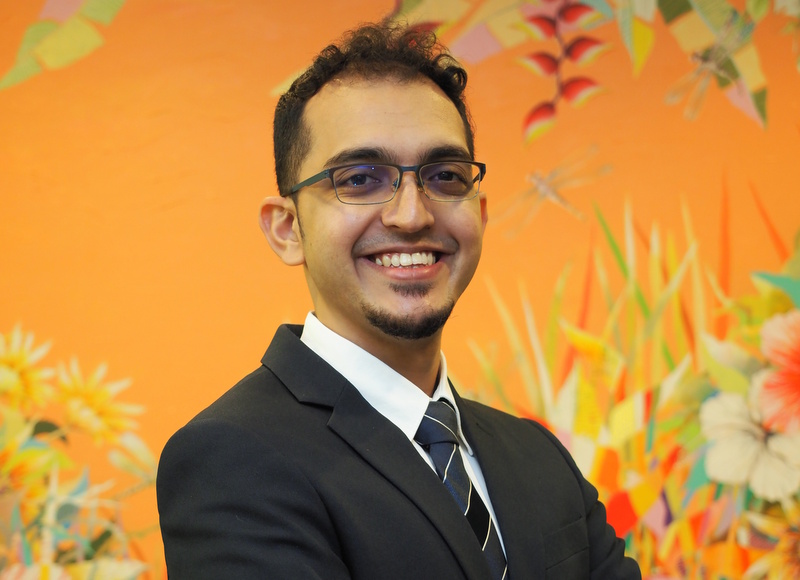 Hassan Shah was the recipient of the Best Student (Academic) Award from IIUM and the Best Student award for the subjects of Evidence, Criminal Procedure and Islamic Banking. Throughout the term of his education, Hassan Shah was selected to assist academician on research for areas of Competition Law and Anti-Trust, with an emphasis on the financial sector.

Hassan Shah was admitted to the Malaysian Bar in February 2016. He joined Azmi & Associates in January 2017 under the supervision of the Partner, Rosinah Mohd Salleh in the Mergers & Acquisitions Practice Group.

Prior to joining the Firm, he gained experience in various areas of law, which included employment, litigation, advisory works and drafting of legal documents. During that period, he has assisted in trials and hearings in all levels of Courts in Peninsular Malaysia including Industrial and Labour Courts.

Some of Hassan Shah’s notable assignments to date are as follows:

⊕ Provided advisory on an acquisition of shares of up to RM710 million in an aviation company.

⊕ Provided advisory to Film Organisation for National Film Development Corporation Malaysia (“FINAS”), the central government agency for the film industry of Malaysia, for the ASEAN-ROK Film Partnership and the Establishment of the ASEAN-ROK.

⊕ Provided advisory to FINAS in devising the relevant guidelines for the introduction of cultural element related to Film In Malaysia Incentive (FIMI).

⊕ Provided talk on “Anti Money Laundering and Terrorism Financing – General Overview and Obligations of Reporting Institutions” to Board of Directors and senior management of Pelaburan MARA Berhad.

⊕ Provided advisory to Malaysian Technology Development Corporation Sdn Bhd (“MTDC”), a venture capital corporation focusing on technologies and innovation, on the relevant funding documentation pursuant to the establishment of a relief fund for companies affected by Covid-19 and the Movement Control Order imposed by the Malaysian government.

⊕ Provided advisory to MTDC on its various investment arrangement and investment documents for various funds established by MTDC.

⊕ Provided various legal services relating to investment including legal advisory in relation to issues related to distribution of dividend and preference share under Companies Act 2016 to MTDC.

⊕ Provided advisory to Weida (M) Bhd, a public listed company at that time, on its circular to shareholders and application to Securities Commission Malaysia in relation to a proposed capital reduction and repayment exercise.

⊕ Provided advisory to a governmental agency for the establishment of a private equity fund.

⊕ Provided advisory to a leading global information and communications technology (ICT) solutions provider company pertaining to the legality and validity of the promissory note.

⊕ Provided legal services in the amendment of constitutions for public listed and private companies to be in line with the Main Market Listing Requirement, Companies Act 2016 and other related laws.

⊕ Provided advisory to a public listed company in relation to the proposed share issuance scheme.

⊕ Provided advisory services relating to the proposed introduction of private lease scheme as well as the proposed amendments to the National Land Code 1965 and Strata Titles Act 1985.

⊕ Advised a financial institution in relation to the removal of its chairman by the shareholders.

⊕ Provided advisory to a government-linked company in relation to the advantages and disadvantages of conversion from a public to private company.

⊕ Provided advisory in relation to acquisition of 60% shares in company incorporated in India by a Malaysian company.

⊕ Provided advisory to a public listed company in relation to acquisition of equity stake in a solar project.

⊕ Provided advisory to a public company in relation to a capital reduction exercise per the Companies Act 2016.

Hassan Shah is currently managing a unit of M&A and Private Equity Practice Groups, with a total of three (3) lawyers reporting to him.