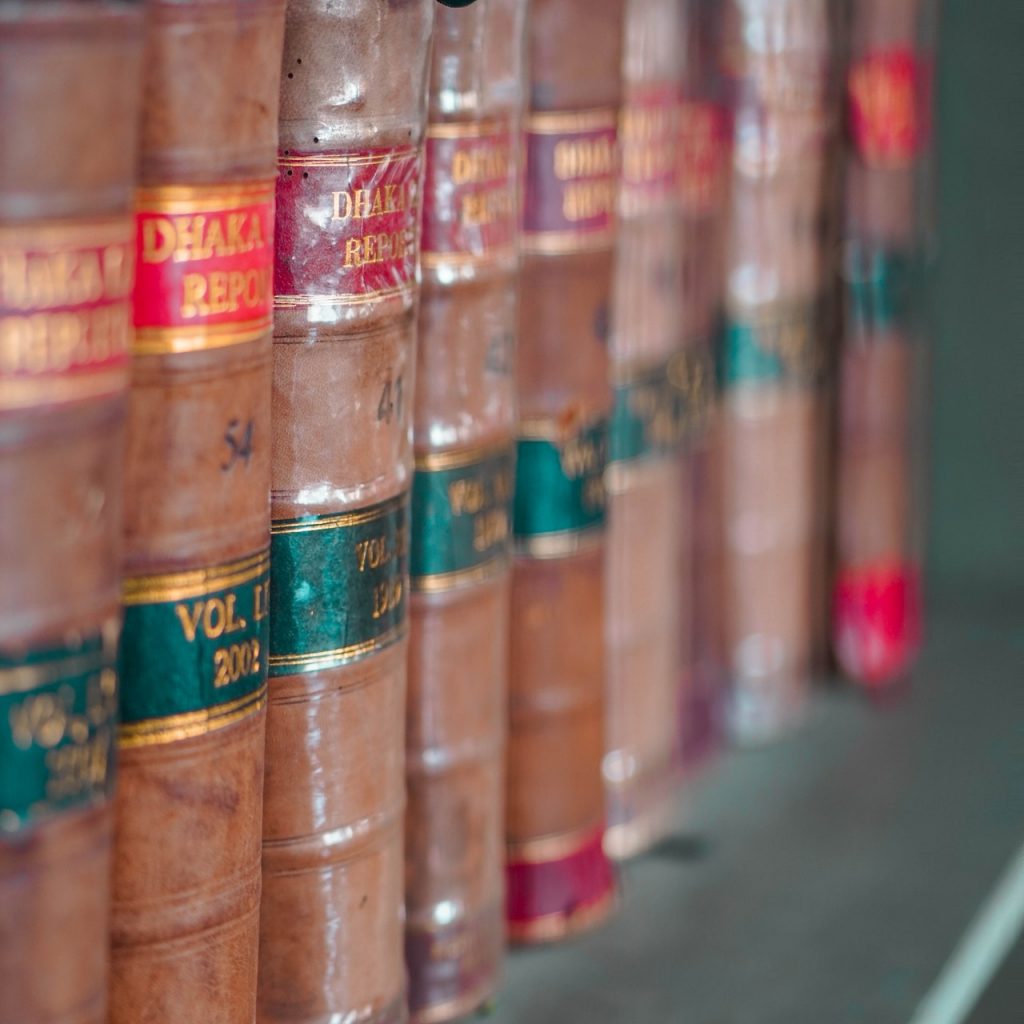 The principle of wilful blindness has often been contested in courts. In criminal law, Wilful Blindness or ignorance of law refers to the ‘deliberate avoidance of knowledge of the facts’; that is, a person avoids gaining knowledge as a means of avoiding self-incrimination1. In its purest form, wilful blindness (also known as Nelsonian Blindness) refers to the act of intentionally shutting one’s eyes to an obviously unlawful situation. An example of this can be seen when an accused individual has deliberately shut their eyes to the knowledge of possession and or knowledge of use of illicit illegal substances, the law can deem this as the equivalent of actual knowledge.

The principle of wilful blindness is derived from criminal law and is prevalent in both the Malaysian and English legal systems, however, the application of the principle in each jurisdiction differs.

Application of Wilful Blindness in the U

The doctrine wilful blindness developed as a theory in English case law which states that it was pertinent to prove that the accused had sufficient knowledge to be held accountable for their acts. One of the first UK cases to use the doctrine of Wilful Blindness is the case of Regina v. Sleep2, here the court ruled that the accused could not be found guilty for the possession of “naval stores” unless the defendant knew “that the goods were government stores or wilfully shut his eyes to that fact”3. This resulted in subsequent rulings in the English courts that illustrated that actual knowledge was not necessary where it could be shown that the accused was deliberately turning a blind eye to the matter and or not ascertaining facts that would supplement their knowledge on the act4. This was thereafter referred to the state of mind that accompanied one who “wilfully shut his eyes” as “connivance” or “constructive knowledge.”

Another case where the doctrine of wilful blindness was applied in the English legal system was in the Supreme Court’s decision in the case of Global-Tech Appliances v. SEB SA5. It was held that a more appropriate definition should include the caveat “except where the defendant was wilfully blind.” In Global-Tech, the Supreme Court found reasons to believe that the requirement of knowledge mens rea should be redefined for all federal courts by extending the doctrine of Wilful Blindness from the domain of criminal law into the territory of civil law6. In Global-Tech, a civil patent law case, a majority ruling in the Supreme Court held that the accused could be found liable for knowingly inducing the infringement of a patent where it could be shown that the defendant was “wilfully blind” as to the existence of a pre-existing patent7. The Supreme Court ultimately rejected the position of the Federal Court of Appeals that “deliberate indifference” towards the existence of a patent was sufficient and instead imported the concept of “wilful blindness” from criminal law into the case.

Though the case of Global-Tech provided the courts with a unilateral definition of “wilful blindness” as one who takes deliberate actions to avoid confirming a high probability of wrongdoing and who can almost be said to have actually known the critical facts, there is still difficulty faced in proving ‘deliberate actions’ and the extent of the accused actions in putting on blinkers to avoid knowledge or scrutiny of an incriminating act. As such some have stated that the courts should move away from these potential interpretations in future rulings and instead adopt a totality of the circumstances test8. In such a test courts are to be given the discretion and flexibility to assess the facts of the case and to determine the degree of ‘deliberate action’ required to prove Wilful Blindness.

The doctrine of wilful blindness is also applied in corporate liability cases such as in the Court of Appeal case of Attorney General for Tuvalu and Another v Philatelic Distribution Corp Ltd and Others [1991] LRC (Comm) 4499. This case was concerned with the liability of a director of a company for contempt of court where the company disobeys a judgment or order which requires that it abstain from doing an act. In its judgement, the Court held that where a company is ordered not to do certain acts or gives an undertaking to like effect and a director of that company is aware of the order or undertaking, he is under a duty to take reasonable steps to ensure that the order or undertaking is obeyed, and if he wilfully fails to take those steps and the order or undertaking is breached, he can be punished for contempt. If there has been a failure to supervise or investigate or wilful blindness on the part of a director of a company, his conduct can be regarded as being wilful.

Application of Wilful Blindness in Malaysia

The doctrine of Wilful Blindness is not codified in any statute in Malaysia. However, the Malaysian courts have applied the doctrine through common law following suit of other common law countries such as the UK, Singapore and Canada.

One of the earliest cases which applied the doctrine of Wilful Blindness in Malaysia is the case of Public Prosecutor v Tan Kok An [1996] 1 MLJ 8911. The High Court held that:

The courts in Tan Kok An referred to the English cases of R v Griffiths (1974) and PP v Hla Win (1995) to apply the doctrine as it was not codified in any statute, Malaysian courts had to look to the precedent set in other cases in jurisdictions that used common law. It can be seen from this case that although the doctrine is still applied in the Malaysian courts at the discretion of judges with consideration of the facts of the case.

A further use of the doctrine of wilful blindness can be seen in the Court of Appeal case of Azmi bin Osman v Public Prosecutor and another appeal [2016] 3 MLJ 98. This case discusses the issue of wilful blindness specifically on the element of knowledge (attributing to the element of mens rea) in a money laundering offence under section 3 of the previous Anti Money Laundering, Anti-Terrorism Financing Act 2001 (now s 4(2) of The Anti-Money Laundering, Anti-Terrorism Financing and Proceeds of Unlawful Activities Act 2001. In deciding the issue, the court referred to the English law interpretation of wilful blindness by Glanville Williams to support the decision.

Other common law countries have attempted to eviscerate the ambiguity of the doctrine by using a ‘test’ to determine how the doctrine should be applied in certain cases – in this particular instance it was for the misuse of drugs. For example, In the landmark case of Adili Chibuike Ejike v Public Prosecutor [2019] SGCA 38, the Singaporean Court of Appeal clarified the issue of whether an accused can be said to be wilfully blind as to his knowledge that he was in possession of the drugs. This has resulted in three notably implications of the concept of wilful blindness:

It should be noted that although Malaysian Courts has yet to apply the doctrine of wilful blindness as applied in the Singapore case of Adili Chibuike Ejike, it is still a pivotal piece of legislation as it was one of the first cases to establish a clear test for the application of the doctrine of wilful blindness as a mental state that falls short of actual knowledge12 but will be held to be equivalent to actual knowledge. The Malaysian courts approach in applying the doctrine is still largely dependent on the facts of the case and the discretion/interpretation by the judges to apply this doctrine. Cases with similar facts will follow the precedents set by other common law countries, a clear example of this can be seen in Public Prosecutor v Dato’ Sri Mohd Najib bin Hj Abd Razak [2020] 11 MLJ 80813. This reoccurring trend in the Malaysian courts clearly illustrates that although the doctrine is not codified in a statute, it is still regularly referred to in instances where the facts of the case include the ‘deliberate avoidance of knowledge of the facts’ to avoid self-incrimination.

When considering the application of the doctrine of wilful blindness in matters of corporate liability; it is stated that a corporation can be held liable for the conscious avoidance of facts that would otherwise indicate wrongful activity. If a corporation or its agents strongly suspect there are illegal activities taking place within the corporation, yet fail to investigate, the corporation may be held liable if the circumstances demonstrate deliberate avoidance of information. Thus, a corporation cannot escape liability by merely refusing to investigate further when the doctrine is applied. However, corporate liability of ‘wilful blindness’ is still a very new and developing area of law within Malaysia. As such, there are no Malaysian cases yet that can show us the extent of application of this doctrine in corporate liability scenarios such as director’s liability, etc.

From the comparison, above between both the English and Malaysian legal system we can see that the doctrine of wilful blindness is applicable when there is an element of knowledge to be scrutinised. However, there are still ambiguities to this doctrine, a prime example would be when courts must draw a distinction between wilful blindness and the element of recklessness in criminal law. While recklessness involves the knowledge of danger or risk that a particular course of action may invoke when one persists with the prohibited course of action, Wilful Blindness arises when a person who has become aware of the need to inquire further or to take action deliberately refuses to do so or turns a blind eye to the matter because they do not wish to know the truth as not to implicate oneself or to benefit oneself. The culpability in recklessness is justified by consciousness of the risk and by proceeding in the face of it, while in wilful blindness it is justified by the accused’s fault in deliberately failing to inquire when he knows there is reason for inquiry.

To conclude, it is clear to see that despite the ambiguities faced by both the English and Malaysian courts on the interpretation of the doctrine of wilful blindness, it remains a relevant legal principle which is used in common law countries when faced with the matter of ‘avoidance of knowledge’ and whether it can be held to be an autonomous decision by an individual or a deliberate decision to avoid to self-incrimination.