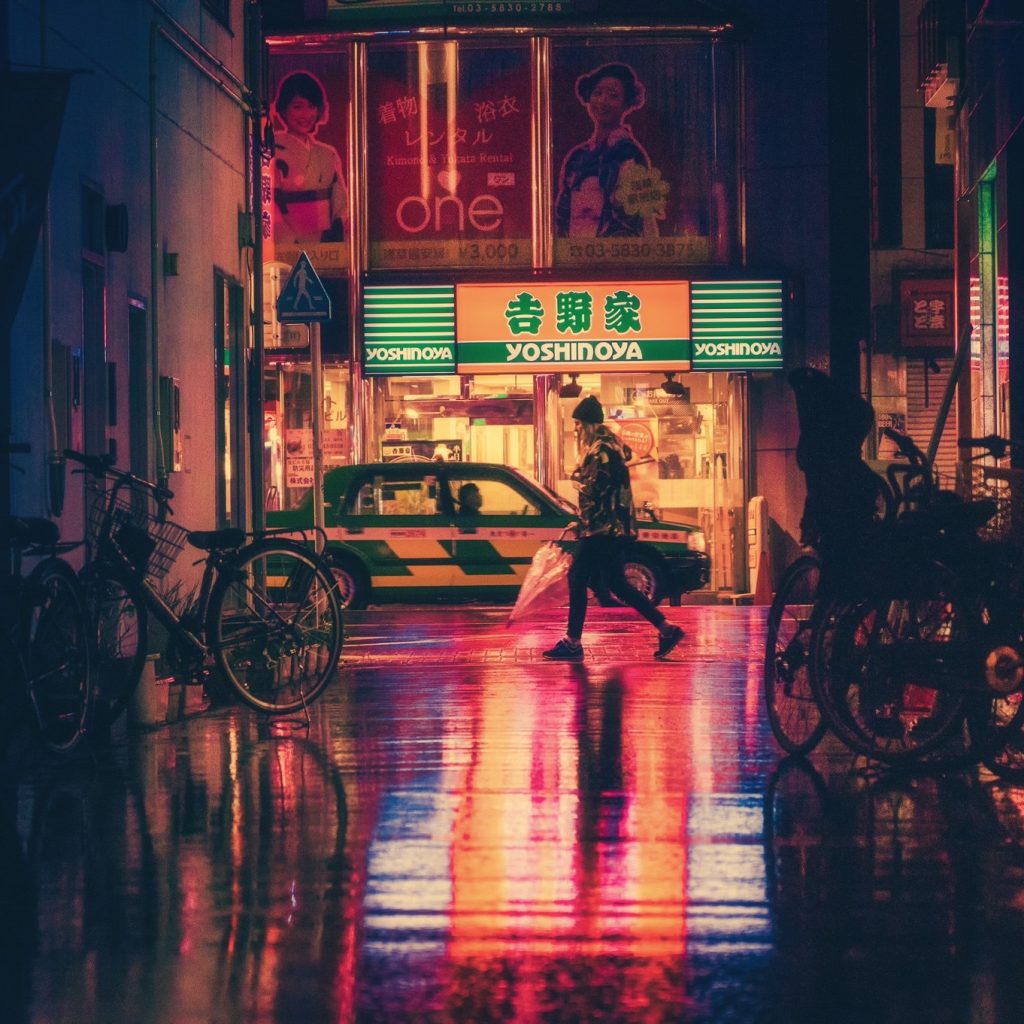 On 08.06.2021, a team from Azmi & Associates successfully resisted an application by a company for a prohibitory injunction against our client, Mr Redza.

In or around February 2021, Mr Redza had engaged Enotaker Sdn Bhd, a project management consultancy company (“the PMC”) and Opulence Design (“the Contractor”) to carry out the renovation works necessary to convert a rented shop lot (“the Shop Lot”) into suitable premises for a restaurant (“the Project”). In connection to this, Mr Redza had entered into two agreements. The first agreement was a Works Agreement between Mr Redza and the Contractor, whereby Mr Redza agreed to appoint the Contractor to carry out the said Project (“the Works Agreement”). On the same day, a Project Management Consultancy Agreement (“the PMC Agreement”) was entered into between Mr Redza, the PMC, and the Contractor, wherein the PMC was appointed to supervise and manage the progress of the Project. Pursuant to the PMC Agreement, Mr Redza would remit monies to the PMC which would then be paid to the Contractor depending on the completion of progress milestones.

The renovated Shop Lot was due to be delivered to Mr Redza by mid-April 2021. The Contractor claimed that it had completed 30% of the said Project and was thus entitled to receive payment equivalent to 30% of the total project value as set out in the PMC Agreement.

In view of the defective works carried out by the Contractor and its continued non-compliance with the agreed work schedule, Mr Redza terminated the PMC Agreement on 28.04.2021. Subsequently, Mr Redza engaged new contractors to complete the said Project.

One month later, on 27.05.2021, the Contractor through their solicitors, had served upon Mr Redza a writ and statement of claim. In its writ, the Contractor claimed for, amongst others, the 30% payment which they allege was due for works already carried out as well as for an injunction to restrain Mr Redza, whether personally or by his agents, from carrying out any renovation works at the said Shop Lot until the suit was determined.

The Law Relating to Injunction Applications

At this juncture, it may be helpful to look briefly at the factors which the Courts consider when deciding whether to grant interlocutory injunctive relief.

The locus classicus regarding this area of law is the oft-cited case of American Cyanamid v Ethicon Limited[1] where Lord Diplock, delivering the judgment of the UK House of Lords, laid down the criteria by which a Court faced with such applications should make its decision.

The court no doubt must be satisfied that the claim is not frivolous or vexatious, in other words, that there is a serious question to be tried.

… So unless the material available to the court at the hearing of the application for an interlocutory injunction fails to disclose that the plaintiff has any real prospect of succeeding in his claim for a permanent injunction at the trial, the court should go on to consider whether the balance of convenience lies in favour of granting or refusing the interlocutory relief that is sought.

As to that, the governing principle is that the court should first consider whether, if the plaintiff were to succeed at the trial in establishing his right to a permanent injunction, he would be adequately compensated by an award of damages for the loss he would have sustained as a result of the defendant’s continuing to do what was sought to be enjoined between the time of the application and the time of the trial. If damages in the measure recoverable at common law would be adequate remedy and the defendant would be in a financial position to pay them, no interlocutory injunction should normally be granted, however strong the plaintiff’s claim appeared to be at that stage.

…If damages in the measure recoverable under such an undertaking would be an adequate remedy and the plaintiff would be in a financial position to pay them, there would be no reason upon this ground to refuse an interlocutory injunction.

It is where there is doubt as to the adequacy of the respective remedies in damages available to either party or to both, that the question of balance of convenience arises.

Where other factors appear to be evenly balanced it is a counsel of prudence to take such measures as are calculated to preserve the status quo.”[2]

These principles were adopted by the Malaysian Judiciary in the case of Keet Gerald Francis Noel John v Mohd Noor Bin Abdullah & Ors[3] where the Court of Appeal held as follows:

“(2) Having found that an issue has been disclosed that requires further investigation, he must consider where the justice of the case lies. In making his assessment, he must take into account all relevant matters, including the practical realities of the case before him. He must weigh the harm that the injunction would produce by its grant, against the harm that would result from its refusal…; and

(3) The judge must have in the forefront of his mind that the remedy that he is asked to administer is discretionary, intended to produce a just result for the period between the date of the application and the trial proper and to maintain the status quo…” [4]

In summary, when faced with an application for interlocutory injunctive relief, the Court must consider the following criteria when deciding on whether to exercise its inherent jurisdiction to grant the application:

i) Whether there are serious issues to be tried;

ii) Whether damages alone are a sufficient remedy for the Plaintiff;

iii) Whether the Plaintiff is financially able to satisfy any order for them to pay damages to the Defendant in the event that the Court subsequently finds that the injunction ought not to have been granted;

iv) What defences, if any, the Defendant may raise; and

v) Whether the balance of convenience lies in favour of granting the injunction or otherwise.

It should be noted that regarding the balance of convenience, the Court would look at the entire circumstances of the case.

Further, as injunctive relief is ultimately an equitable remedy, the age-old maxim of coming to Court with “clean hands” applies and the applicant must make full and frank disclosure of all material facts.

With this in mind, we turn now to the Contractor’s injunction application.

The Contractor had premised its injunction application on the basis that the said Shop Lot had to be preserved in the state that it was in when they abandoned the site. This was to purportedly preserve the evidence of the works that they had allegedly completed. The evidence, as averred by the Contractor in its Affidavit in Support of its injunction application, was crucial to support their claim for damages from Mr Redza.

i) That, as the Contractor’s claim was ultimately for damages, an injunction would not be an appropriate remedy. Further, by making a claim for damages in its Writ, the Contractor had expressly or implicitly taken the position that damages are indeed an adequate remedy;

ii) That the Contractor’s application was supported by naught more than a bare undertaking as to damages. The Contractor had omitted to produce any documentary evidence to show that it was indeed financially able to pay for any damages which the Court may order;[5]

iii) That the balance of convenience lies in favour of dismissing the Contractor’s application. We submitted that if the injunction were granted, it would only serve to delay the opening of Mr Redza’s restaurant indefinitely. This, we submitted, would result in catastrophic losses on the part of Mr Redza who had, up to that point, been forced to spend from his own pocket in order to continue paying rental for the Shop Lot, wages for the employees he hired in anticipation of the restaurant’s planned opening, as well as other related costs;

iv) That the Contractor had, in its application, hidden from Court the fact that their work was defective, and that Mr Redza as well as the PMC had communicated as much to them. The Contractor also hid the fact that the reason for payment being withheld was on account of these defects. These, we submitted, were a blatant non-disclosure of material facts;

v) That the Contractor’s application was entirely devoid of bona fide and an abuse of the Court’s process as the injunction that they sought was, in effect, a veiled attempt to obtain an order for specific performance. Indeed, if the injunction had been granted, Mr Redza would have no choice but to re-appoint the Contractor to complete the said Project or pay them for the defective work that they had done; and

vii) That the objective of the Contractor’s injunction application (i.e., the preservation of the condition of the said Shop Lot) was futile as Mr Redza had already appointed new contractors who immediately began working to rectify the defects and to complete the said Project. Further, we submitted that the condition of the Shop Lot had already been preserved in photographs taken by Mr Redza as proof of the defects which he complained of.

If you require assistance with civil litigation or dispute resolution, please do not hesitate to contact us.