Under the Malaysian Code for Corporate Governance (“MCCG”), the Board must have a proper policies and procedures in determining the remuneration of directors, which considers, among others, the performance of the company[v] and a remuneration committee consisting of independent directors is proposed for that purpose[vi]. 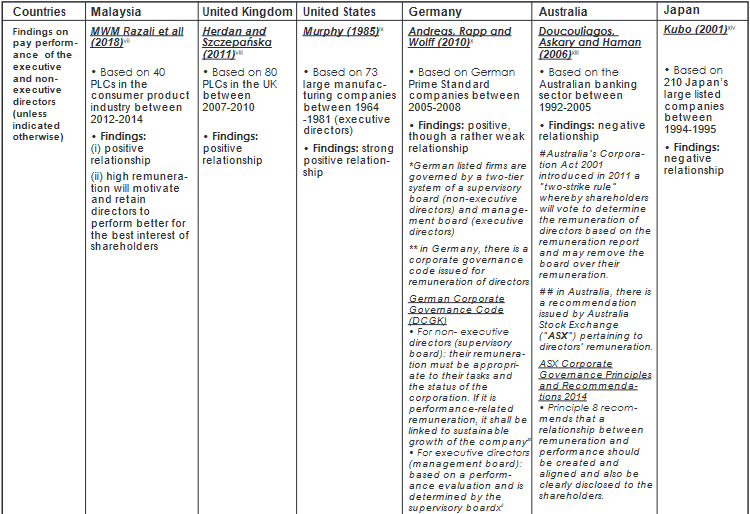 Link between Directors’ Remuneration and Performance of the Company

By and large, Boards can be said to be motivated to improve performance when the pay commensurate with their effort. However, it is interesting to note that in Japan, the correlation between pay and performance is negative.

Likewise in Malaysia, one study found a negative relationship in GLCs. One could interpret it in many ways, including:

a) in good or bad times, directors’ remuneration remain the same; or
b) the directors remuneration is high regardless of performance;

Noting the various commentaries in the news post-GE 14 on high remunerations enjoyed in some GLCs and the re-shuffling of others, it lends support such finding.