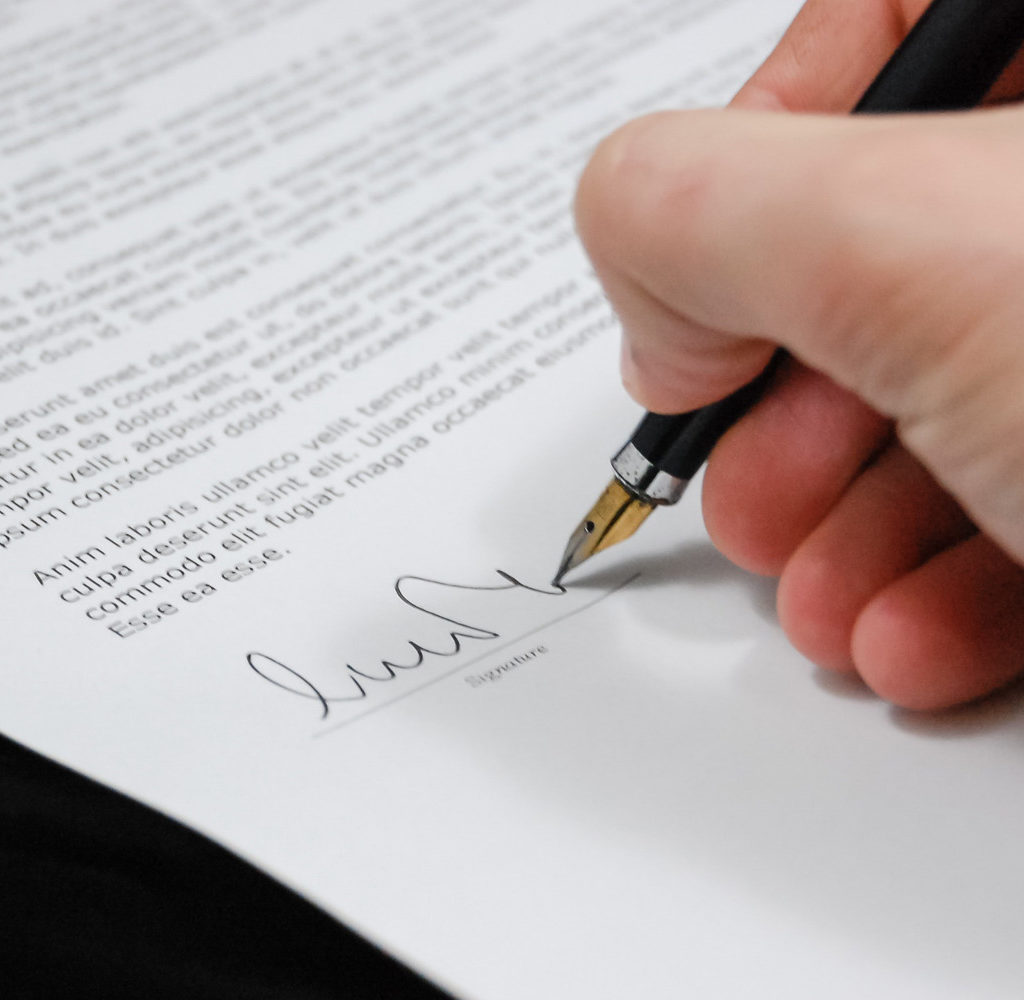 One of the most heavily negotiated clauses in a share sale agreement (“SSA”) is indemnity clause. The parties to the SSA can agree on the most fundamental thing, including the purchase price, from day one but a clause that seems like just a boilerplate to an agreement – indemnity clause – may take months of the negotiation time.

Indemnity, to state it simply, is a promise by one party (“Party A”) to the other (“Party B”) that it will compensate, make good, save or hold harmless Party B or other specified third party for/against/from specific liability (for example any loss, damage or liability), usually, when such liability is caused by the act or omission of Party A.

In negotiating a SSA, one of the questions that clients frequently asked us is the reason that we need to have an indemnity clause in the agreement since the agreement has already provided for damages for breach of representations and warranties. Would having both reliefs in one agreement overlaps and just complicate and prolong the negotiation process?

It is important to note that indemnity is not just another legal principle or just another boiler plate as perceived by many. Indemnity provides greater protection than would normally be available for breach of representations and warranties and having both reliefs for breach of contract and indemnity in one agreement is not overlapping but an advantage to the party in favour of which the indemnity is given.

Let’s talk about the advantages of having both reliefs in one agreement from the purchaser’s perspective.

Firstly, it is true that in Malaysia, the purchaser in a SSA can still sue the vendor for breach of contract and claim for damages under the SSA even in the absence of indemnity clause. However, pursuant to Section 74 of the Malaysian Contract Act 1950, the purchaser will only be entitled to receive from the vendor, compensation for any loss or damage caused to the purchaser by the breach, which naturally arose in the usual course of things from the breach, or which the parties knew, when they made the contract, to be likely to result from the breach of it. Such compensation is not to be given for any remote and indirect loss or damage sustained by reason of the breach. This is when an indemnity comes to the purchaser’s rescue.

Secondly, under the Malaysian Contract Act 1950, the purchaser will only be able to claim from the vendor any loss or damage caused to the purchaser as a result of the vendor’s breach of the SSA and not for third-party losses.

Thirdly, in an action for damages for breach of contract, the Purchaser has to show that it has taken reason-able steps to mitigate its loss flowing from a breach. In the case of Khoo Than Shui v Chan Chiau Hee [1976] 1 MLJ 25 the court held that damages are compensatory only and that one who has suffered loss from a breach of contract must take any reasonable steps that are available to him to mitigate the extent of the damage caused by the breach. In Kabatasan Timber Extraction Co. v Chong Fah Shing [1969] 2 MLJ 6, the Federal Court held that it was the duty of the respondent to take reasonable steps to mitigate the damages caused by the appellant when he failed to deliver logs to the mill but left them some 500 feet away. The Federal Court in this case held that the party who has failed to mitigate the losses cannot later recover any such loss flowing from his neglect as in the instant case, there was no necessity for the respondent to have gone to the expense and trouble to buy logs from elsewhere when the logs were lying a few hundred feet away from the sawmill and all that was required from the respondent was additional expense for hauling them up to the designated sawmill.

The Federal Court was also of the view that the respondent’s purchase of logs instead of incurring additional expense for hauling was also too remote to be connected with the appellant’s failure to deliver them. Similarly, in Joo Leong Timber Merchant v Dr. Jaswant Singh a/l Jagat Singh [2003] 5 MLJ 116, the respondent’s counterclaim for loss of rental income against appellant’s claim for the balance sum due for the completed building works was dismissed by the High Court due to respondent’s failure to show that he had taken all reasonable steps to mitigate his damage. In this case, the appellant had discontinued building works in December 1985 or in early 1986 and did not engage another contractor to resume the building works immediately. If the a new contractor was appointed immediately, the bungalow would have been completed within 14 months from December 1985 or early 1986 and this would have brought the alleged loss of rental income to an end. This rule on mitigation however does not apply to indemnity, unless specifically required by a contract. If the Purchaser is indemnified by the vendor for any such liability under the SSA, the Purchaser is under no obligation to take steps to mitigate its loss and it can claim the indemnified amount directly from the vendor.

Fourthly, under the Malaysian Limitation Act 1953, a claim must be brought for breach of contract within 6 years from the breach and the case of Nasri v Mesah [1971] 1 MLJ 32 is the authority for this general rule. However, in indemnity, in order to ascertain when the time begins to run, regard as to the true nature of the promise made by one party to the other has to be given. An indemnity clause in the SSA may allow for extension of this time of the limitation period as the cause of action of the indemnity may start from the date on which the vendor refuses to honour the indemnity (which is later than the date of the breach of contract), but this depends on the wordings of the indemnity clause and the facts of that particular case.

It is important to note that even if the SSA is silent on damages as general statutory relief for breach of contract, the party can still claim against the other for damages under breach of the contract. However, this is not the case for indemnity as indemnity is a special contract which parties have to specifically enter into in order for the parties to derive benefit from it. This can be seen in the case of Sime Darby Bhd & Ors v Dato’ Seri Ahmad Zubair @ Ahmad Zubir bin Hj Murshid & Ors (Tun Musa Hitam & Ors, third parties) [2012] 9 MLJ 464, where the Court ruled that the two defendants failed to claim indemnity because there is no indemnity clause in the contract, no statutory obligation to indemnity and no obligation to indemnify either in law or equity.

Another point to note is parties usually try to negotiate for a broad and general indemnity clause with the hope that such clause would be able to help a party to claim against the other for everything under the sun. However, decided cases show that this is not always the best approach as some courts are of opinion that it would be wrong to give these indemnity clauses such an open ended construction without trying to ascertain the intention of the parties from the terms of the agreement and the surrounding circumstances at the time the parties entered into the agreement. As such, it is very important for a party to really analyse the potential liabilities that it may suffer as a result of breach of the contract by the other and craft the indemnity clause accordingly reflective of such situation envisaged by the parties.

The indemnification provision must also be drafted consistently with any limitation of liability, if any. Since we are talking from the purchaser’s perspective, what a purchaser should do is to ensure that the indemnity given in its favour is not limited by amount and time, unless the laws provide otherwise. This would give an advantage to the purchaser especially when the breach by the vendors results in a huge liability to the purchaser that would not be possible to be recovered from usual damages from breach of contract. In one of our recent transactions, our client, the purchaser in a SSA discovered breach of representations and warranties by the vendor just about 2 months after the completion took place.

There was a full blown due diligence conducted on the target company before the SSA was signed and 2 disclosure letters given by the vendor to the purchaser after the SSA was signed but in none of these, the vendor disclosed to the purchaser the fact that the target company was losing its major contract on which the decision to purchase the entire shares in the target company was made, and a huge amount of purchase price was paid. During the negotiation process, the vendor tried very hard to negotiate the disclosure and representations and warranties clauses though such clauses are common and non-contentious clauses in a SSA. It didn’t make sense why the vendor was being very unnecessarily difficult at that time, and to quote our Dato’ Azmi, who headed our team during the negotiation, the vendor should not be worry about giving such common representations and warranties if it has nothing to hide. True enough, the vendor has material information to hide. The negotiation completed only after 5 months, 2 months longer than expected as the vendor amongst other, didn’t agree to give any indemnity in favour of the purchaser arguing that having indemnity overlaps with breach of representations and warranties. We negotiated a good indemnity clause that is not subject to limitation of liability which the vendor had to finally agreed on and now that this issue emerged, we glad we stood our position vis a vis the representations and warranties and really took time to negotiate the indemnity clause.