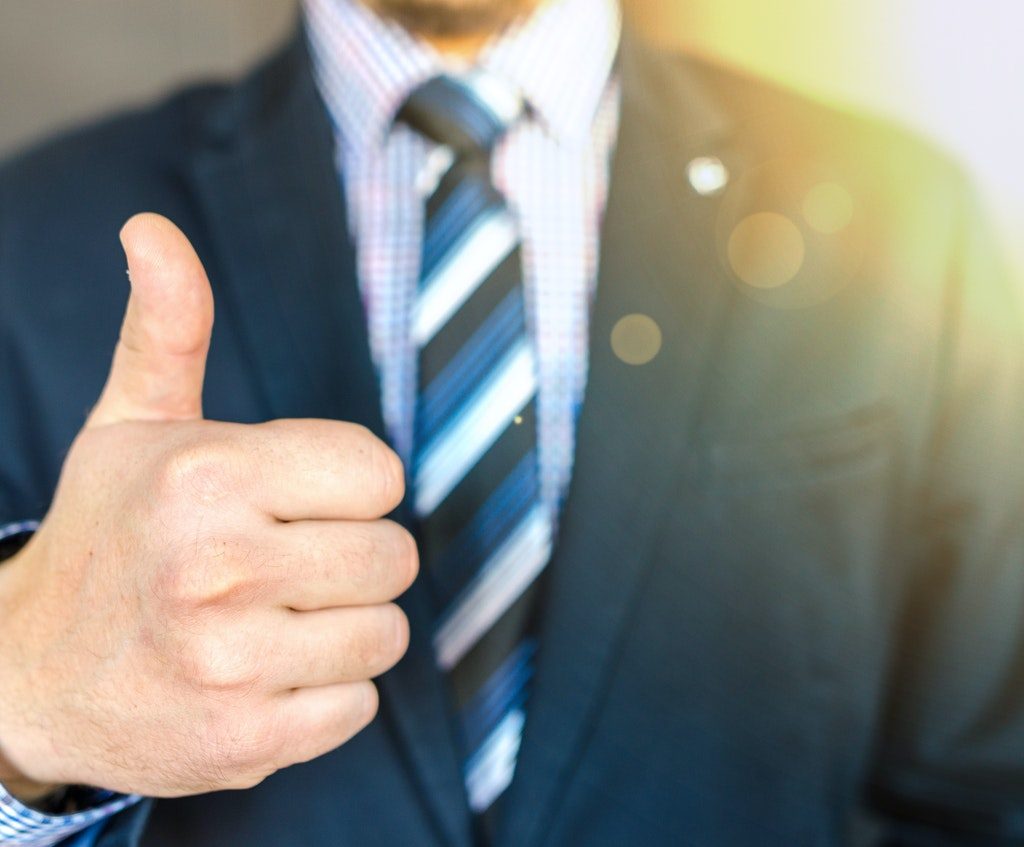 Ways of Establishing a Foundation in Malaysia

Philanthropic pursuits are popular amongst society now-a-days as more people are fuelled with the desire to contribute to the inclination and promotion of well-being and welfare of others.

A charitable foundation is a time-honoured concept and is also one of the instruments available in helping people pursue their charitable passion. Charity in the broadest sense includes whatever proceeds from a sense of moral duty or from humane feelings towards others, uninfluenced by one’s own advantage or pleasure[1].

The Islamic parallel of a foundation is known as waqf. Waqf is a Muslim endowment, recognised as an institution that has been able to provide public services and infrastructure for the advancement of the community since early Muslim civilisation.[2] A waqf is created by a living person who owns certain property and perpetually dedicates the usufructs or benefits derived from such property for the use of any charitable purpose according to Islamic law. In Malaysia, waqf is not included as a trust defined under the Trustee Act 1949.

In Malaysia, a foundation can be established under three distinct statutes.

A foundation may be established under Companies Act 2016 as a company limited by guarantee (“CLBG”).

CLBG is a public company[3] incorporated with the principal liability of its members limited by the constitution to such amount as the members undertake to contribute to the assets of the company if the company is wound up.[4]

CLBG is divided into two type, those with the word ‘Berhad’ or ‘Bhd’, and those without such word. An example of a foundation incorporated as a CLBG is the Yayasan Putra Business School.5 Based on CA 2016 and its guidelines, a CLBG is required to comply with the requirements tabulated below table. (Table 1) 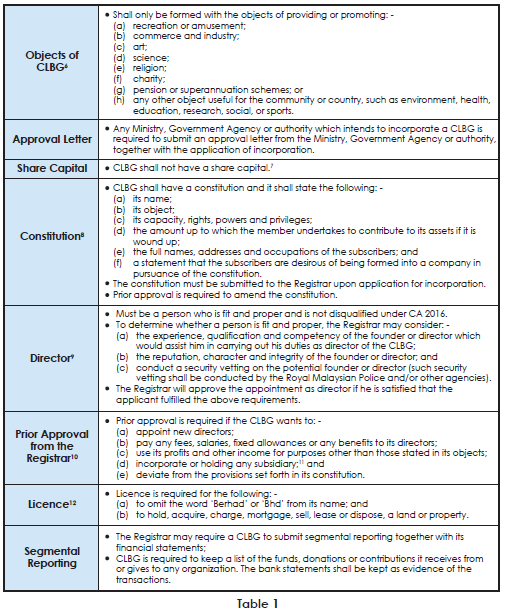 Another method available to establish a foundation is provided under TIA 1952, which is under the purview of the Prime Minister’s Department, unlike the CLBG for which the responsible regulatory authority is the Companies Commission of Malaysia. It is interesting to note that TIA 1952 only applies to Peninsular Malaysia.[13]

In order to establish a foundation under the TIA 1952, the trustees appointed by any body or association of persons established for any religious, educational, literary, scientific, social or charitable purpose have to apply for a certificate of registration of the trustees as a body corporate (“Certificate”) from the Minister.[14]

Upon the grant of such Certificate, the incorporated trustees will become a body corporate and have a perpetual succession. Additionally, it shall enjoy, among others, the power to acquire, dispose, charge, sell, and assign moveable and immoveable properties, subject to the conditions and directions contained in the Certificate.[15]

The application for incorporation should be submitted to the Legal Affairs Division (BHEUU) of the Prime Minister’s Department. The documents required to be submitted are[16]: –

(b) Certified true copy of Identity Card for each trustee;

(c) A copy of bankruptcy search result from the Malaysia Department of Insolvency for each trustee;

(d) A copy of Statutory Declaration for each trustee;

(g) Curriculum Vitae for each trustee;

(h) Letter of appointment of trustees by the said body or association of persons;

(j) Rules or regulations drafted by the said body or association of persons; and

(k) Background, the establishment of the foundation’s objectives, vision, mission, financial resources, the activities to be undertaken, the power to appoint the members of the board of trustees, the composition of board of trustees.

Once incorporated under TIA 1952, the foundation has the responsibility to record all proofs of payments and receipts for expenditure and to submit the audited financial statement to the Minister.[17]

A foundation may also be incorporated as a society under SA 1966, wherein there are no requirements of specific objects of society imposed on the applicant. This means that, unlike the establishment of CLBG, there are no specific objects required from a society. Nevertheless, every registered societies shall act in accordance with the provisions of the Federal and State Constitutions.[18]

The process to establish a society is fairly straightforward and is divided into two stages as Table 2[19]. Once successfully registered, the society has the duty to furnish information to the Registrar of Society, such as, information on its accounts of the last financial year and the description of any pecuniary benefit or advantage such as money or property received from entity outside of Malaysia.[20]

Besides the above, among the perks available to Labuan foundation are tax incentives under the Labuan Business Activity Tax Act 1990 which allows for a more simplistic and straight forward tax approach, and the element of confidentiality as stringent rules are imposed to protect against wrongful disclosure of information. Examples of established Labuan foundation are AirAsia (L) Foundation and Pink Ribbon Wellness (L) Foundation.