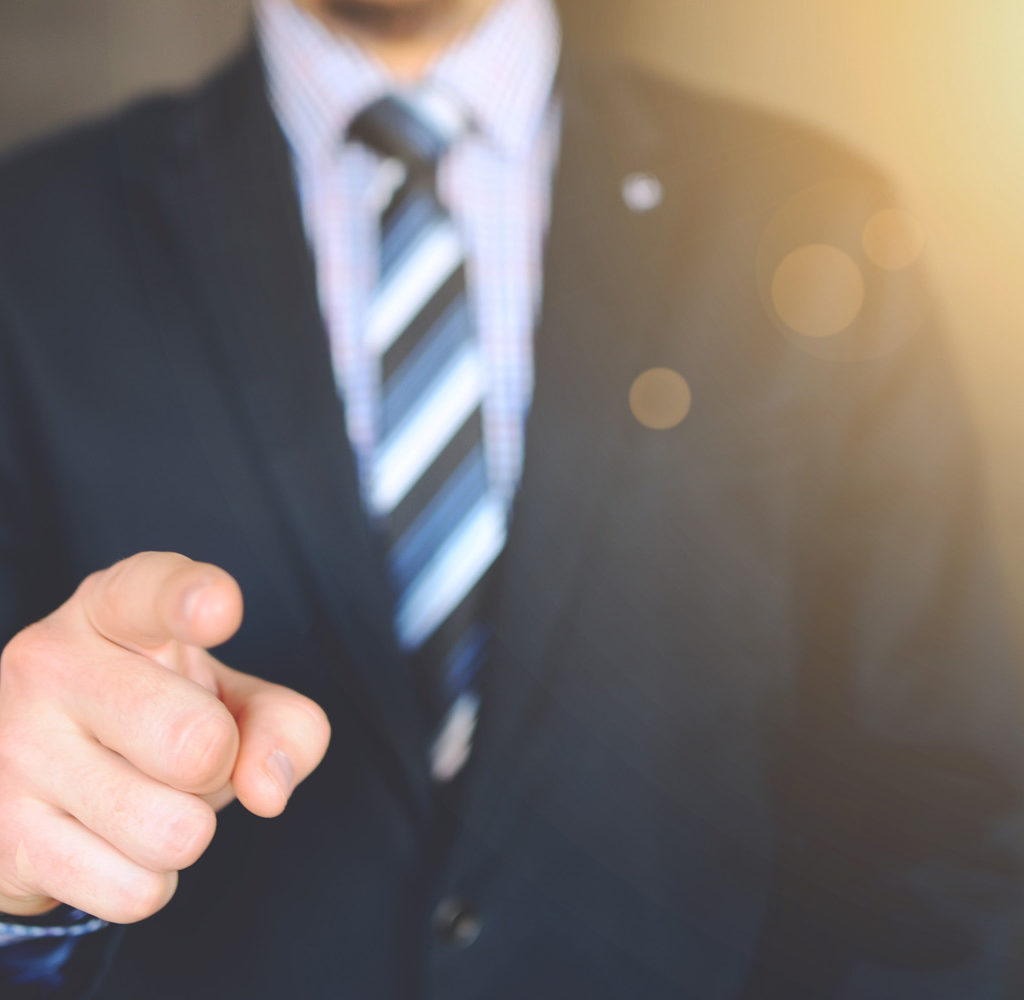 A company director is appointed to manage the day-to-day business activities and finances and to ensure all statutory obligations are met. As a director, the appointed person shall manage all the business affairs of the company, with a view to promote, not his own interests, but to give his best judgment in the interests of the corporation in all matters in which he acts for it, untrammelled by any hostile interest in himself or others[1]. Hence, it can be said that a director is required to act in good faith and discharge his duties by exercising reasonable care and skill.

Following from the above, there are certain laws in place which makes a director liable in the event of a breach of any of the duties, which cause wrongful loss to the company. The liability would depend on the specific act or omission that caused wrongful loss to the Company. In Malaysia, there are few laws governing different acts or offences committed by directors for both private and public listed companies. The relevant laws include the following:-

Relevant Laws on Liability of Directors

As a director, it is pertinent to be aware of one’s responsibilities and liabilities particularly the ones that has been statutorily laid down under Section 213 of the CA 2016 which requires a director to exercise reasonable care, exercise his powers for a proper purpose, skill and diligence and act in good faith in the best interest of the company.

It must be noted that in comparison with the now repealed Companies Act 1965[2], the new Companies Act 2016 imposes heavier fines and longer terms of imprisonment on directors for breaches of director’s duties. For example, under the CA 1965, the improper use of property and position by a director to gain benefit for himself or to cause detriment to the company will only result in the director to be fined RM30,000 and imprisonment of up to 5 years. However, under the new CA 2016, the directors can be punished for up to 5-years imprisonment or up to a fine of RM3 million or upon both convictions. With the amount of fine increased by a hundredfold, it serves as a stronger deterrent against improper behaviours and practices by directors, in causing wrongful loss towards the Company.[3]

In addition to the provisions in the Companies Act, section 317A was introduced into the CMSA to deal with the conducts of directors and officers of public-listed companies with the intention of causing wrongful loss to the companies irrespective of whether the conducts cause actual wrongful loss. The section read as follows;

(2) This section is in addition to and not in derogation of any law relating to the duties or liabilities of directors or officers of a listed corporation.

(3) A person who contravenes subsection (1) commits an offence and shall, on conviction, be punished with imprisonment for a term not exceeding ten years and be liable to a fine not exceeding ten million ringgit.

(4) For the purpose of this section —director includes a person who is a director, chief executive officer, chief operating officer, chief financial controller or any other person primarily responsible for the operations or financial management of a company, by whatever name called”

The new provision of CMSA has a wider meaning of “director” and specifically includes the Chief Executive Officer (CEO), Chief Operating Officer (COO), Chief Financial Controller (CFO) or any other person primarily responsible for the operations and financial management of a company. The Companies Act, in contrast, generally define “director” as “any person occupying the position of director of a corporation by whatever name called and includes a person in accordance with whose directions or instructions the majority of directors of a corporation are accustomed to act and an alternate or substitute director.”.

It must be noted that the term “wrongful loss” has not being defined and discussed in CA 2016. In contrast, the CMSA has discussed “wrongful loss” as loss of property by unlawful means to which the person is legally entitled.

The CMSA however did not discuss the elements or list the acts of directors that can be considered as wrongful loss.

With this new addition, only after less than a year the provision was enforced, the Securities Commission Malaysia (SC) has reprimanded and imposed penalties on the directors of several public listed companies for causing wrongful loss to the company[4].

In one recent case, a former Executive Director and CEO of a company was reprimanded and fined RM200,000 for remitting more than USD$1 million (RM4.19 million) to foreign parties without the authorisation of the board. The monies were later used to purchase assets in the name of the director. Both of the directors were charged for causing wrongful loss for misappropriating their company’s money.

Other than misappropriation of money, other acts of directors that is linked to causing wrongful loss towards the Company, mainly in public company, is the act of insider trading. In general, insider trading is known as acquisition or disposal of a firm’s shares by its own managers, directors and major shareholders. According to Bursa Malaysia Securities Berhad (“Bursa Malaysia”), insider trading is defined as purchase or sale of a company’s securities affected by or on behalf of a person with knowledge of relevant but non-public material information regarding that company.

Other than that, insider trading usually happens when the insider is in a position to make massive gains by selling or buying securities before information that might affect the price of the company’s securities (price-sensitive information) is made public.

These provisions prohibit the purchase or sale of securities by persons, whether directly or indirectly, on the basis of material non-pub-lic information about a company (“inside information”), as well as the disclosure of inside information to others who then trade in the company’s securities. For example, in 2016, a corporate lawyer who sits on the boards of several public listed companies, was charged with seven counts of insider trading as he was alleged to have traded in the shares of the companies while in possession of inside information relating to various corporate exercises[5]. The consequences of an insider trading violation can be severe depending whether it falls under criminal or civil liability. Company personnel who trade on inside information i.e. the directors are subject to the following penalties:

The Securities Commission may, if it considers that it is in the public interest to do so, institute civil action against the insider, whom can be the directors or any other person involved in the contravening act to recover an amount equal to 3 times the amount being the difference between the price at which the securities disposed of or agreed to be disposed of and the price which they would have been likely to have been disposed of at the time of the disposal or agreement if the information had been generally available and claim civil penalty being an amount not more than RM1,000,000.

Last year in April, a new addition by way of Section 17A was enacted under the MACC to enable companies and individual involved in corruption activities to be subjected accordingly to legal action. Under the new provision, a commercial organisation could be prosecuted if a person associated with the organisation commits a corrupt act to enable the organisation to acquire or retain a contract or interest.

Therefore, the burden of proof has now been shifted to its Directors, Partners and Management to demonstrate that they have put in place adequate procedures to deter persons associated with the commercial organisation from committing corrupt acts of gratification. Failure to do so will equate in them committing such offence[8].

The MACC has stated that enforcement of the new provision in the MACC Act 2009 will take effect from June 2020.

The Penal Code (Act 574) covers a very wide range of offences that may be committed by directors towards the company. Dishonest breach of trust by company directors[9] are generally prescribed under section 405 of the Penal Code.

By virtue of section 405 PC, it provides that whoever, being in any manner entrusted with property, or with any dominion over property either solely or jointly with any other person dishonestly misappropriates or converts to his own use, that property, or dishonestly uses or disposes of that property in violation of any direction of law prescribing the mode in which such trust is to be discharged, or of any legal contract, express or implied, which he has made touching the discharge of such trust or wilfully suffers any other person so to do, commits “criminal breach of trust (CBT)”.

Therefore, a director can be charge for CBT under PC if he dishonestly causing wrongful loss towards the company.

A recent example of such case was where a former executive director of a company was charged in the Sessions Court with seven counts of criminal breach of trust (CBT) involving more than RM8.6 million belonging to the company.

In another recent case, a director of a was charged for criminal breach of trust by dishonestly selling a car without the consent and knowledge of the owner and failing to hand over the proceeds from the sale to the company.

In conclusion, the liability and any decision of the Company’s directors should not be taken lightly as the Directors are entrusted by shareholders with power and authority to make decisions in running and managing the company.

Therefore, any of the directors’ actions that cause loss towards the Company should be treated in a strict and serious manner.

Likewise, with all the recent cases and progressive amendment to the laws by the relevant authorities, it can be noted that the regulators now have a wider range of options in dealing with cases of wrongful loss caused by Directors of a Company.

Given the fact that a breach could occur even when there is no actual loss occurring, directors and senior management of companies should ensure their internal control systems are functioning effectively and all transactions must be approved based on merits and solely for the interests of their companies.