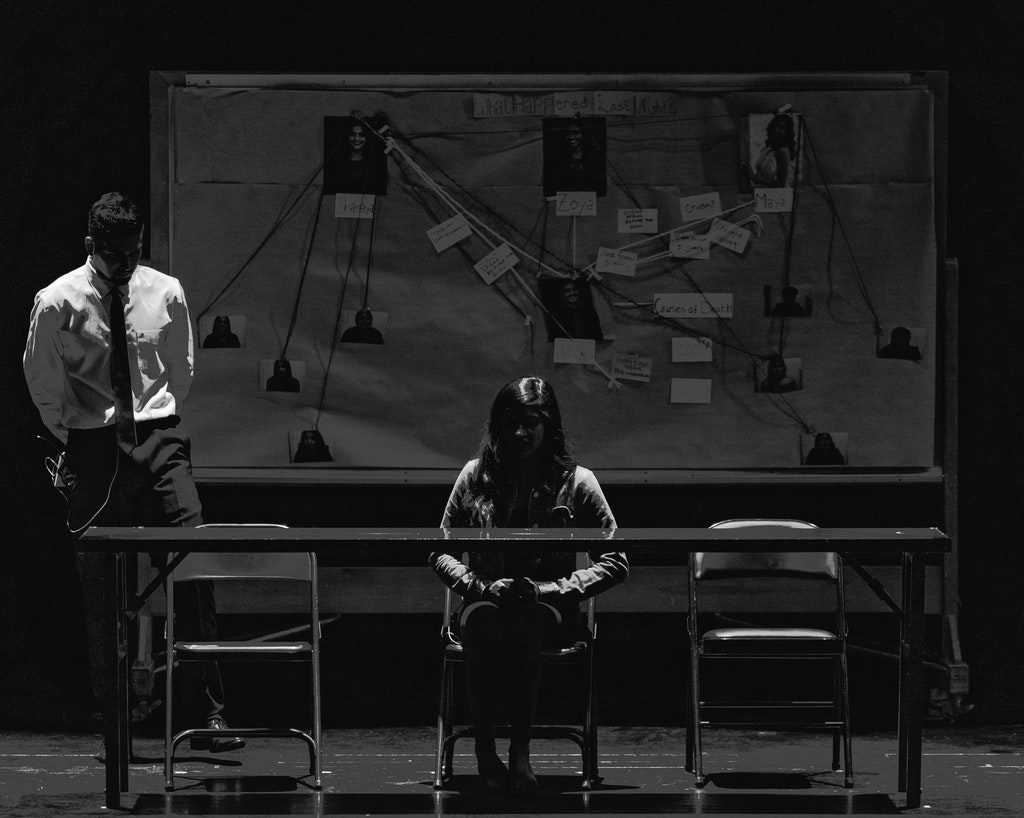 According to Cornell’s Legal Information Institute, fraud against the government may consist of fraud in connection with federal government contracting and fraud in connection with federal and/or federally-funded entitlement programs, including public housing, agricultural programs, defense procurement fraud, educational programs and corporate frauds.

As it relates to federal government contracting, investigations often involve bribery in contracts or procurement, collusion among contractors, false or double billing, false certification of the quality of parts or of test results, and substitution of bogus or otherwise inferior parts.1

The position in the United States of America

In the United States of America, such fraud against the government constitutes a criminal offence under the 18 U.S. Code §_371 which provides for Conspiracy to commit offense or to defraud United States

If two or more persons conspire either to commit any offense against the United States, or to defraud the United States, or any agency thereof in any manner or for any purpose, and one or more of such persons do any act to affect the object of the conspiracy, each shall be fined under this title or imprisoned not more than five years, or both.

If, however, the offense, the commission of which is the object of the conspiracy, is a misdemeanor only, the punishment for such conspiracy shall not exceed the maximum punishment provided for such misdemeanor.

Under 18 U.S.C. § 371, the act of defrauding the government of money or property may take many forms, including the inducement of payment

Proof that the United States has been defrauded does not require any showing of pecuniary or proprietary loss.2

Not only that the act of defrauding the United States is a criminal offence, the United States had enacted the False Claims Act (FCA), 31 U.S.C. §§ 3729 – 3733, also known as the “Lincoln Law”, that imposes liability on persons and companies (typically federal contractors) who defraud governmental programs. The FCA was enacted in 1863 to fight widespread fraud by companies selling rotten food, sickly mules, and defective weapons to the Union Army during the Civil War.

Now, it is the federal Government’s primary litigation tool in combating fraud against the Government3. The FCA was strengthened in 1986, when reports of the government paying exorbitant sums for everyday items – $600 for a toilet seat, $400 bills for hammers, $1,000 for bolts and $7,000 for coffee pots – came to symbolize government “waste.”4

The FCA includes a qui tam provision that allows people who are not affiliated with the government, called “relators” under the law, to file actions on behalf of the government.

In situation where the relator is employed by the organization accused in the suit, they are called “whistleblowing”. Persons filing under the FCA stand to receive a portion (usually about 15 to 30 percent) of any recovered damages.5

The following are the liabilities under the FCA:

is liable to the United States Government for a civil penalty of not less than $5,000 and not more than $10,000, as adjusted by the Federal Civil Penalties Inflation Adjustment Act of 1990 (28 U.S.C. 2461 note; Public Law 104-410), plus 3 times the amount of damages which the Government sustains because of the act of that person.

The Department of Justice obtained more than $2.8 billion in settlements and judgments from civil cases involving fraud and false claims against the government in the fiscal year ending 30th September 2018.8

The position in the United Kingdom.

Currently, the Fraud Act 2006 that came into force on 15 January 2006 applies in England, Wales and Northern Ireland.

The Fraud Act 2006 repeals the relevant deception offences in the Theft Act of 1968 and 1978 and replaces them with a single offence of fraud (section 1).

Summarily, section 1 of the Fraud Act 2006 provides for as follows:

On the other hand, as for civil claims for monies loss due to the act of defrauding the Government, as of now, there is no specific act/law which provides for such, unlike the United States’ FCA. Fraud in civil claims are referred to as civil or commercial fraud and it has a broad scope and general means a fraudulent misrepresentation, which is a claim under the common law and/or the tort of deceit.

The position in Malaysia

In Malaysia, an act of defrauding the Government is also a criminal offence under, inter alia, section 18 of the Malaysian Anti-Corruption Commission Act 2009

18.Offence of intending to deceive principal by agent.

A person commits an offence if he gives to an agent, or being an agent he uses with intent to deceive his principal, any receipt, account or other document in respect of which the principal is interested, and which he has reason to believe contains any statement which is false or erroneous or defective in any material particular, and is intended to mislead the principal.

In the appeal case of Shahrunizam bin Mashkor & Anor v Public Prosecutor and another case [2015] 8 MLJ 766, the first appellant was employed as a clerk in the Jabatan Pengairan dan Saliran (‘JPS’).

The second appellant was the director of JPS. The first appellant was charged under s 11(c) of the Anti-Corruption Act 1997 (Act) (now section 18 of the Malaysian Anti-Corruption Commission Act 2009) with deceiving the government by submitting two false claims while the second appellant was charged under s 20 of the Act for abetting the first appellant. The charges related to river deepening projects at Sungai Batu Manikar and Sungai Miri in Labuan. In respect of the first charge which related to the Sungai Batu Manikar project, the first appellant faced a charge of submitting a false claim in the sum of RM16,500. In respect of the second charge which related to the Sungai Miri project, the amount was RM18,200. The river deepening works were never done. The appellants were found guilty and the Sessions Court Judge imposed a 21 days imprisonment and a fine of RM10,000 in respect of the two charges against the appellants. The appellants appealed and during the appeal, the learned Deputy Public Prosecutor submitted that the 21 days imprisonment was inadequate whereas the counsel for appellants submitted that it was excessive. The maximum punishment under the law was 20 years imprisonment and fine. The High Court Judge held that the learned Sessions Court Judge was overly sympathetic to the appellants in imposing only 21 days of imprisonment. The amount involved in this case is relatively large, ie RM34,700.00. The appellants had abused their positions to submit a claim for two non-existent projects. The learned High Court Judge further held that the learned Sessions Court Judge had failed to give sufficient consideration to the public interest element. The appellants had defrauded the public purse for their benefits. The punishment of 21 days imprisonment was no more than a rap on their knuckles for the said corruption offences which involved a large amount of money. Having found so, the learned High Court Judge dismissed all the appeals against the conviction and enhance the term of imprisonment of 21 days to a one year imprisonment for each of the two charges in respect of which the appellants were convicted that they were to run concurrently. The fine sentences of RM10,000.00 were affirmed.

Also, similarly with the United Kingdom’s position, as for civil claims for monies loss due to the act of defrauding the Government, as of now, there is no specific act/law which provides for such, unlike the United States’ FCA. However, the Government can still claim and also sue under civil proceedings i.e. breach of contract. tort of deceit and/or tort of conspiracy to defraud.

Section 3 of the Government Proceedings Act 1956 provides for the right of the Malaysian Government to sue:

Subject to this act and of any written law where the government has a claim against any person which would, if such claim had arisen between subject and subject, afford ground for civil proceedings, the claim may be enforced by proceedings taken by or on behalf of the government for that purpose in accordance with this act.

Also, the concept of 3 times the amount of damages which the Government sustains is not provided under the Malaysian law as compared to the FCA in the United States. Even the mesne profit (double rental) under section 28(4)(a) of the Civil Law Act 1956 is only applicable for recovery of vacant possession of land under tenancy. Section 28(4)(a) of the of the Civil Law Act 1956 provides as following:

28.No person chargeable with rent bona fide paid to holder under defective title.

(4)(a) Every tenant holding over after the determination of his tenancy shall be chargeable, at the option of his landlord, with double the amount of his rent until possession is given up by him or with double the value during the period of detention of the land or premises so detained, whether notice to that effect has been given or not.

The functions of law are to punish the fraudster, to deter the act of fraud and/or to educate the society on the negative impacts of fraud. Although the available laws are sufficient for the government to enforce its right in the event of being defrauded, nevertheless, taking into consideration the element of public interest, a specific law to tackle the issues of fraud against the government like the United States would make the position of law clearer and enhance the rights of the government.

When people defraud the government, they are stealing from their fellow citizens. They are breaking the laws and for that fraudsters must be punished heavily and heftily, and not the millions of taxpayers who put their money and trust into the system.

2 The United States Department of Justice, 924. DEFRAUDING THE GOVERNMENT OF MONEY OR PROPERTY<https://www.justice.gov/jm/criminal-resource-manual-924-defraudinggovernment-money-or-property>

6 The United States Department of Justice,https://www.justice.gov/civil/false-claims-act