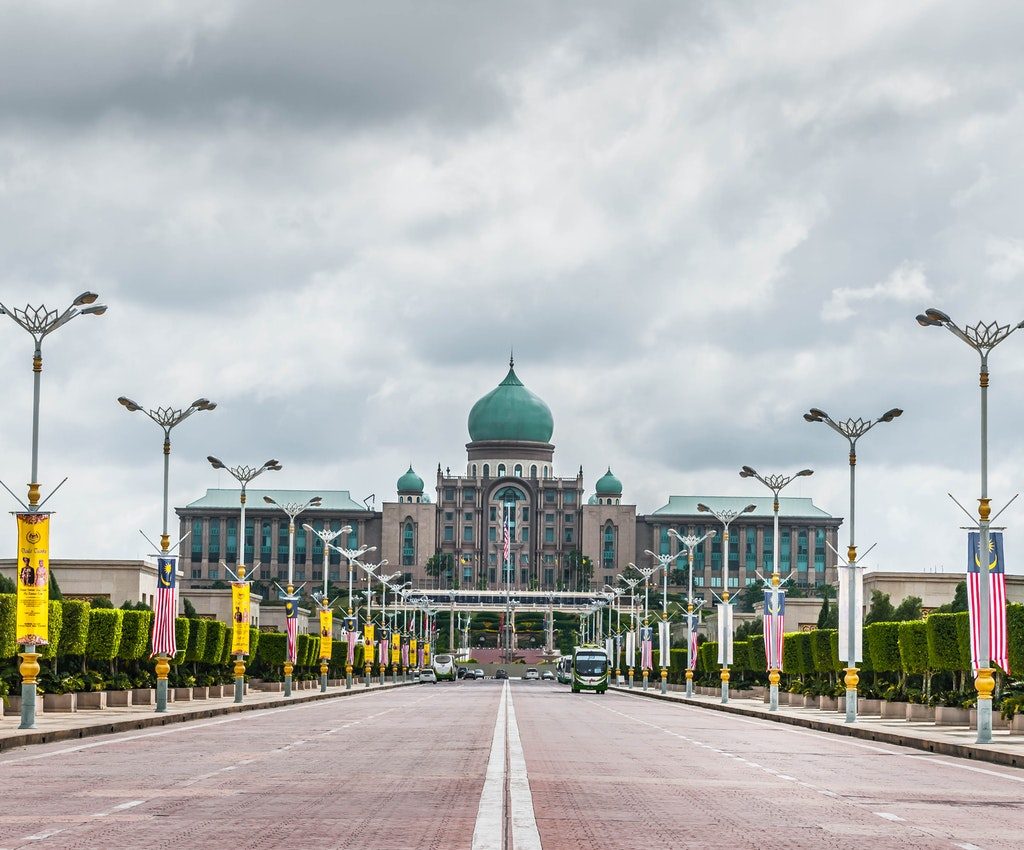 The Growing Trends of Judicial Review Against Government: Overview

The guiding principles of Judicial Review were clearly pronounced in the Federal Court case of Ketua Pengarah Hasil Dalam Negeri v Alcatel – Lucent Malaysia Sdn. Bhd. & Anor[1]. “A judicial review is a court proceeding where a challenge is made on the decision of the relevant authority or entity by challenging the lawfulness of the decision-making process.”[2] Generally, the court dealing with the judicial review has the power to strike down the law, quash the decision of the relevant authority or under a public official to act in a certain manner if it believes the law or act to be unconstitutional or to be contrary to law in a free and democratic society.

It is trite law that the principles of unreasonableness, or irrationality,which is also known as the “Wednesbury principle”, derived from the celebrated case of Associated Provincial Picture Houses Ltd v Wednesbury Corp[3] (“Wednesbury”). In short, it is a situation where the public authority has acted so unreasonably that no reasonable authority would have made such a decision. Lord Greene in the case of Wednesbury explained that the court cannot set up its own view as to what is reasonable and what is not.[4]

In other words, the court can also interfere if, the public authority, despite conforming to the requirements of the law, has become to a decision unreasonable that not reasonable authority could ever have come to it.[6]

In Sheila Sangar v. Proton Edar Sdn Bhd & Anor[7] the principles governing judicial review was neatly encapsulated as follows: “The first principle of judicial review concerned the decision making process and not the merits, substance or justification. The second principle is that there can be an exception to the first principle where the court could examine the substance or justification to satisfy itself that the decision maker had not transgressed the principles of procedural impropriety, illegality or irrationality”.

This article will provide an insight as to the growing trend of Judicial Review against the government by exploring the Federal Court case of Peguam Negara Malaysia v Chin Chee Kow (as secretary of Persatuan Kebajikan dan Amal Liam Hood Thong Chor Seng Thuan) and another appeal [2019] 3 MLJ 443 (“PNM v CCK”) and two (2) recent news article.

A testator had willed funds and lands to trustees under a public charitable trust to build a pagoda for worshippers of a particular Buddhist deity.

a) When, after many years, nothing was done by the trustees to carry out the testator’s wishes and all funds that were allocated for that purpose were spent, the association representing the followers of the deity sought public funding to build the pagoda.

b) As interested donors wanted the association to become a trustee of the funds to ensure the project was well-managed, the association sought the attorney general’s (“AG”) consent under section 9(1) of the Government Proceedings Act 1965 (“GPA”) to its proposed application to the High Court to be made a trustee. However, the AG refused to give his consent.

c) The respondent sought leave of court to file proceedings to quash the AG’s refusal and order him to grant the consent. The AG objected to the leave application on the ground his refusal was non-justiciable.

d) The High Court disagreed with the AG and granted the association leave to file for judicial review. The Court of Appeal upheld the decision.

e) Aggrieved with the decision of the Court of Appeal, the AG had applied for and obtained leave to appeal from the Federal Court.

The Federal Court in its judgment had mentioned the English case of Brown v Executors of the Estate of Her Majesty Queen Elizabeth the Queen Mother[9], which stated that:

a) “The conclusion (of the House of Lords in Gouriet’s case) that, in the absence of the consent of the Attorney-General, Mr Gouriet was barred from pursuing the proceeding was based the analysis of the statutory provisions in issue. By contract, there is nothing on the face of section 124 of the Supreme Court Act 1981 to suggest that the court may only exercise its powers under it on an application by the Attorney-General. The general effect of section 124 may be relied on by any person.”[10]

Furthermore, the Federal Court also mentioned and referred to a Singapore case affirming the position that all AG’s powers are subject to legal limits as:

a) the Singapore Court of Appeal in Tan Seet Eng v Attorney-General[11] stated “under the law, the AG’S discretionary power is not absolute and he must act according to law, as his prosecutorial power is subject to legal limits. Prosecutorial discretion cannot be exercised in bad faith, or in a manner contrary to the quality guaranteed under Article 12 of the Constitution”.[12]

The Federal Court, keeping in mind the principles of law on the subject as propounded by the courts in other jurisdiction, found that the Court of Appeal[13] had no flaw in its reasoning in holding that the power of the AG to
give or refuse consent under section9(1) GPA 1965 is amendable to judicial review.[14]

Lastly, before delivery its judgement, the Federal Court reiterate the important pronouncement in Semenyih Jaya Sdn Bhd v Pentadbir Tanah Daerah Hulu Langat and another case [15] in which the court declared that the power of judicial review ‘cannot be changed or altered by Parliament by way of a constitutional amendment’ [16] and ‘the power of judicial review is essential to the constitutional role of the courts, and inherent in basic structure of the constitution’[17]. In summary, the Federal Court held that unfettered discretion is contradictory to the rule of law and hereby dismissed the AG’s appeal as the AG’s power to give consent or otherwise under section 9(1) GPA 1965 is not absolute and is subject to legal limits[18] which is amenable to judicial review.

On the 10th August 2020, the High Court granted Petronas an interim stay against the Inland Revenue Board (LHDN) for imposing additional tax assessments amounting to RM3.6 billion on the national oil company.

Petronas and three of its subsidiaries have filled three judicial review proceedings against LHDN alleging that LHDN’s action was ‘ultre vires, illegal, void, in excess of authority and irrational in making the additional tax assessments of RM3.6 billion’.[20] As of the date of writing this article, the date has fixed for 19th September 2020 to hear Petronas’ leave application for the judicial review.

In another court, a similar stay order against LHDN’s assessment of RM1.8 billion on similar grounds concerning its reinvestment tax allowance was granted to TNB pending the outcome of a judicial review. The legal representative for TNB told the media that “the judge accepted our submission that the judicial review must be heard and disposed of before a decision on payment is made”.[21]

As of the date of writing this article, the court will hear the leave for judicial review on the 21st September 2020.

Wabina filed the legal suit in May 2020 against the Malaysian government, Domestic Trade and Consumer Affairs, the Companies Commission of Malaysia and its debtor Seal Properties (KL) Sdn Bhd, challenging the government’s decision to gazette the Companies (Exemption) Order 2020 during the Movement Control Order (MCO) that effectively exempted companies from having to pay their creditors for six months.[23]

Wabina alleged that the ministry had acted beyond their powers in issuing the 2020 Order, which it claimed is illogical and void [24] to the extent of being  inconsistent with the Companies Act because it was gazetted without going through the Dewan Rakyat for debate.[25] On the 29th June 2020, the Penang High Court has granted leave to Wabina to have the full merits of its judicial review application heard. This is the first such challenge by a company over the government’s directive, which was gazetted as an order on 23rd April without having been passed by Parliament. [26] Wabina said it had, since 27th March, a statutory right to serve a winding-up notice on Seal Properties. However, due to the gazetted order from the government, it has been prevented from doing so. Thus, its constitutional right as a creditor to recover the sum it was owed has been violated.[27]

Judicial review against the Government is recognised as a basic structure of the Malaysian constitution where under Article 121 (1)[28] the civil courts constitutional role is as a check and balance mechanism. Therefore, the judiciary is thus entrusted with keeping every organ and institution of the state within its legal boundary. Hence the concept of the independence of the judiciary is the foundation of the principles of the separation of powers. As held by Justice Zainun FC in the Federal Court’s decision of Indira Gandhi’s case.[29] “This is essentially the basis upon which rests the edifice of judicial power. The important concepts of judicial power, judicial independence and the separation of powers are as critical as they are sacrosanct in our constitutional framework.”

To conclude, judicial review against the Government is the ultimate solution in preventing blatant misuse of powers by the Government in dealing with their actions and accountability.