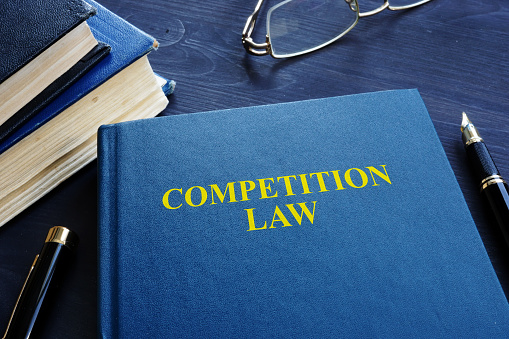 The Malaysia Competition Commission (“MyCC”) has carried out many investigations and enforcements, some of which are of notable importance and should be of interest. Competition law in Malaysia prohibits any anti-competitive agreements such as price-fixing, bid-rigging, sharing market, and abuse of dominant position in any market for products or services. This is to promote healthy competition and fair trading and ultimately, to protect the interest of the consumers. The number of enforcement decisions made by MyCC has attracted a lot of attention from the public. In recent years, some of the decisions have been challenged in court. This article aims to discuss the main prohibitions and the decisions made by MyCC in order to gain a better understanding of the recent developments of competition law in Malaysia.

The main prohibitions of the Competition Act 2010 (“Act”) are stipulated under Chapter 1 and Chapter 2 of Part II of the Act1.

Chapter 1 prohibition, which is provided under Sections 4(1) and 4(2) of the Act prohibits anti-competitive agreements (horizontal or vertical agreements) that have the object or effect of significantly preventing, restricting, or distorting competition in any market for goods or services in Malaysia.

Chapter 2 prohibition, on the other hand, which is provided under Section 10 of the Act prohibits any conduct by enterprises that amount to an abuse of dominant position in any market for goods or services in Malaysia. This may include imposing an unfair price or trading condition on customers, limiting or controlling the market access, or any predatory behaviour that can harm competition in the market.

Decisions Made by the Malaysia Competition Commission

In 2014, MyCC had issued a proposed decision that Malaysia Airlines System Berhad (“MAS”) and AirAsia Berhad (“AirAsia”) had infringed section 4(1) and 4(2)(b) of the Act by entering into a collaboration agreement to share the market in air transportation services in Malaysia. MyCC imposed a financial penalty of RM10 million on both parties respectively.

Subsequently, in February 2016, the Competition Appeal Tribunal (“CAT”) allowed the appeal by MAS and AirAsia and set aside MyCC’s ruling on the ground that there was no infringement due to the failure of MyCC to identify the relevant market for the matter and to give any reason in identifying the object of the collaboration agreement. CAT also claimed that a simplistic use of deeming provision upon the airline business is not proper due to the prevalent activities of airlines undertaking alliances and code sharing, as well as doing maintenance on behalf of others2.

In 2018, the High Court allowed MyCC’s judicial review by stating that MyCC only had to prove that there has been an infringement of section 4(1) of the Act. The court further clarifies that there is no need for MyCC to provide a reason to identify the relevant market as the horizontal agreement has the object of sharing the market in air transportation services in Malaysia3.

MyCC had, on 14 September 2020, issued a final decision against the General Insurance Association of Malaysia (“PIAM”) and its 22 members in violation of Section 4 of the Act by entering into an agreement on the application of trade discounts on automotive parts prices and hourly labour rates for motor vehicle repairs by workshops under the PIAM Approved Repairers Scheme. As a result, MyCC imposed a total financial penalty of RM173 million on the parties. MyCC took into account the impact of the COVID-19 pandemic and granted a reduction of 25% of the financial penalty imposed on the parties. MyCC also ordered insurance companies to stop implementing the agreed parts trade discount and hourly labour rates and for individual insurers and workshops to set such discounts and rates independently.

The decision of MyCC was however regretted by Bank Negara Malaysia (BNM) as the arrangement was put in place through the facilitation and direction of BNM to the general insurers to address disputes between workshops and general insurance companies that had adversely impacted consumers. According to BNM, the decision by MyCC may unravel the positive outcomes from past and ongoing initiatives by BNM and the industry to curb fraud and improve efficiency in the motor claims process. BNM further states that this in turn, will have wider ramifications for access to and the cost of motor insurance for Malaysian consumers.

Based on the decisions made by MyCC, it is clear that MyCC’s concern is on the effect of an arrangement towards the competition in the relevant market despite such arrangement proven to be beneficial to the consumers.

MyCC had, on 26 February 2021, issued a decision that Dagang Net Technologies Sdn Bhd (“Dagang Net”) had violated Section 10(1) of the Act by engaging in exclusive dealing through the imposition of exclusivity clauses on software providers of the National Single Window (NSW) from October 2015 to November 2017. MYCC was of the view that the anti-competitive conduct of Dagang Net was harming the competition in the market because it prevents software providers from providing similar services to end users (in this case – the manufacturers, importers, exporters, freight forwarders and shipping agents) in the upcoming uCustoms system. MyCC concluded that the imposition of the exclusivity clauses constitutes an abuse of Dagang Net’s dominant position in the relevant market, which leaves its competitors at a competitive disadvantage when entering the uCustoms market. As a result, MyCC imposed a financial penalty of RM10.3 million against Dagang Net.

In this case, it can be seen that the imposition of an exclusivity clause by an entity having a dominant position in the market is deemed to be a form of abuse of dominance whereby it stops potential competitors from entering the market and restricts current market participants from fair and competitive market opportunities.

In 2016, MyCC determined that MyEG Services Bhd (“MyEG”) had infringed section 10(2)(d)(iii) of the Act whereby MyEG had exploited its dominant position by imposing different terms to similar transactions with its competitors to the point that it has harmed competition in the market for the sale of the Mandatory Insurances for the renewal of foreign workers’ temporary work permits. Renewal of insurance policies purchased from other insurers was not approved as quickly as those obtained from MyEG through its subsidiary.

In 2019, the High Court dismissed MyEG’s judicial review request and upheld MyCC and CAT’s decision made in December 2017. The High Court held that MyEG as the upstream market’s dominant concession holder, must provide equal access to its facilities and encourage competition in the downstream market7.

Following the decision of the High Court, MyEG had filed an appeal against MyCC and CAT’s findings to the Court of Appeal and on 1 May 2021, the Court of Appeal upheld the penalty of RM9.64 million imposed on MyEG. Justice Datuk Mohamad Zabidin Mohd Diah who led the bench stated that there was no error or misdirection that requires the appellate court’s intervention in this case. He further states that there was no irregularity or illegality in the findings which upheld the decision by the CAT8.

MyEG’s actions amounted to an abuse of dominant position whereby it has induced the customers to use its services while putting other insurance companies at a competitive disadvantage. As mentioned in MyCC Guidelines on Chapter 2 Prohibition, Abuse of Dominant Position, in order to assess, MyCC will use two tests to determine whether the conduct is an abuse or not. The first test is whether the conduct has adversely affected consumers and the second, is whether the conduct excludes a competitor who is just as efficient as the dominant enterprise. The abuse of dominance has an anti-competitive effect in which they can adjust the price, or trading terms without effective constraint from competitors9.

The cases discussed above reveal that MyCC and the courts have emphasized the importance of the Act, its objective, and its purpose. As a result, MyCC and the courts have ensured that the decision and the judgements are consistent with the Act’s object and purpose, which is to preserve healthy market competition between enterprises. In Malaysia, competition law is still a developing field, with new regulatory concerns and challenges. Hence, judicial rulings and decisions of competition tribunals, whether from Malaysia or elsewhere would be valuable in guiding the development of our country’s competition law.

8. TheStar. (2021, May 03) Court of Appeal upholds ruling on decision against MY EG. https://www.thestar.com.my/business/business-news/2021/05/03/court-of-appeal-upholds-ruling-on-decision-against-my-eg