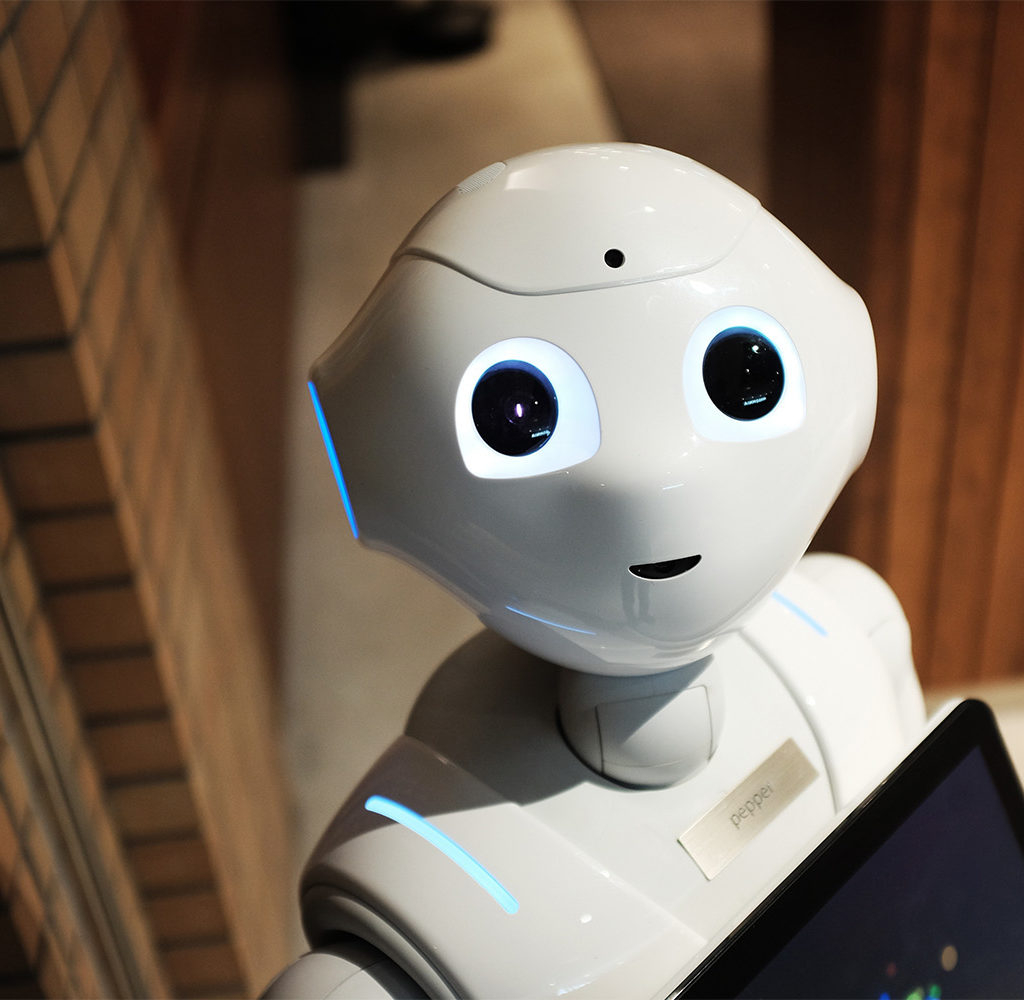 Overview of Artificial Intelligence in Malaysia

The Fourth Industrial Revolution is upon us! It is described as the current and developing environment in which disruptive technologies and trends such as robotics, virtual reality (VR) and artificial intelligence (AI) are changing the way we live and work. AI may seem like a futuristic concept, however, it is already heavily implemented in our lives. A clear example of AI are ‘virtual assistants’ such as Alexa, Siri, and Cortana, all of which are already household names. This article explores the incorporation of AI in various industries in Malaysia and compares the growth of AI in Malaysia to that of the growth in the UK and US.

AI is the simulation of human intelligence processes by machines, especially computer systems. These processes include learning (the acquisition of information – “Big Data” – and rules for using the information), reasoning (using rules to reach approximate or definite conclusions) and self-correction. Examples of particular applications of AI include expert systems, speech recognition and machine vision.

The traditional stethoscope receives an update with Stethee Pro, a strategic collaboration between the Malaysian Investment Development Authority, Collaborative Research in Engineering, Science and Technology (Crest) and M3DICINE, which was facilitated by the Telemedicine Development Group (TDG). Stethee Pro is an AI-enabled stethoscope system that allows users to listen to heart and lung sounds with sophisticated amplification and filtering technology. This improves the way in which the heart and lungs are examined with detailed and accurate analysis by enabling the recordings to be transmitted to a smart device such as a smartphone or a tablet via Bluetooth technology. These recordings are then analysed to build a personal biometric signature for each patient and detect the presence of heart or lung diseases. Artificial Intelligence and Data Analytics (Aida), the technology platform behind the Stethee AI engine, also automatically tags geolocation and aggregate environmental data for analysis by healthcare professionals.

Saratix and Custlr have partnered to launch an artificial intelligence (AI) fashion technology, SARA with a user-friendly add-on that provides fashion businesses with services, including body profiling using only an A4 paper, fashion analytics and retail reports.

Custlr, an online tailoring brand that uses a crowd-sourced engine to produce apparel, will use the AI fashion technology to concentrate on problems impacting its online businesses with regard to inventory holdings, conversion rates and targeted consumer purchasing. Saratix’s AI and A4 technology can precisely measure a person’s body size in just seconds with a mobile device, which is different from the typical average-based profiles that use height and weight. SARA is powered by Deep Learning Neural Network and machine learning. It was developed with the help of professors, students, developers and engineers from several universities of Malaysia. SARA’s algorithm analyses and produces reports that help to boost business growth, as well as cut down return rates. Along with Malaysia-based system and software development solutions company, BESTWEB Technologies, Saratix is working on creating a stronger and more intelligent AI.

Malaysia’s first Digital and Artificial Intelligence Legal Aid Centre is being set up in Sabah to provide legal advice to the public. The centre is set to open its doors at the Grand Merdeka Shopping Mall in Telipok, about 21km from the state capital, in November. The centre provides legal advice and computer services that will give users access to statutes, case law, text books, agreements, forms and precedents.

However, Lawyer Marcel Jude, who is among those helping to set up the centre, states that while legal advice is provided pro bono, users will have to pay to access the computer services.

The UK has retained its place among the most prepared governments to harness the opportunities presented by artificial intelligence. An index was published and compiled by Oxford Insights in partnership with the International Development Research Centre (IDRC) in Canada, which places the UK as Europe’s leading nation and just second on the world stage. A recent PwC report states that the AI sector will contribute up to $15.7 trillion to the global economy by 2030. This will be reflected in the demand for jobs in AI — as many as 7 million new jobs are projected to be created in the UK alone by 2037.

Staffordshire University has incorporated Beacon, an AI tool that acts as a digital assistant. The chatbot, which can be downloaded in a mobile app, enhances the student experience by answering timetable questions and suggesting societies to join. Beacon can also apply for an exemption from council tax, order new student cards and connect users with lecturers. Students can chat with Beacon via text or voice conversation, and as use increases, it becomes smarter. Eventually, it will be able to remind students about classes and deadlines.

Addenbrooke hospital in Cambridge is using Microsoft’s InnerEye system to automatically process scans for patients with prostate cancer. The system takes a scan image (all scans are anonymised, so patient data is kept private), outlines the prostate on the image, marks up tumours and reports back. This is speeding up prostate cancer treatment, and the hospital is looking at using the same technology for brain tumour patients.

HeartFlow’s AI technology is also being used in the NHS. This system analyses CT scans of patients who are suspected of having coronary heart disease and then creates a personalised 3D model of the heart that shows how blood is flowing around it. This helps doctors spot where blood flow is disrupted by blockages.

HeartFlow analysis is far less costly and intensive than the standard angiogram procedure (which assesses restricted blood flow by pumping dye into the heart). In fact, HeartFlow cuts costs by a quarter.

Google’s DeepMind firm has been working with Moorfields Eye Hospital NHS Foundation Trust since 2016 to help medical professionals improve the way eye conditions are diagnosed and treated. DeepMind has developed AI technology that’s able to automatically identify sight-threatening eye conditions within seconds, and rank patients in order of urgency for treatment. The company says its system has matched the accuracy of eye doctors with 20 years’ experience.

Anduril Industries recently gained a contract with the Pentagon’s controversial AI program, Project Maven. Anduril Industries was founded in 2017 and is the brainchild of Palmer Luckey, founder of VR Oculus and the designer of Oculus Rift which is a high quality virtual reality head mounted display. Project Maven is a controversial AI program that uses machine learning to sort through millions of hours of drone footage to help systems identify people from their surroundings. The project would help reduce the burden on human labour and improve the intelligence that’s captured in cameras. The goal of Project Maven is to deliver higher quality information back to military officers, with the idea that with better decisions, there’s less of a chance of mistakes that result in civilian casualties.

In January 2017, Mayo Clinic’s Center for Individualized Medicine teamed up with Tempus. The partnership involves Tempus conducting “molecular sequencing and analysis for 1,000 Mayo Clinic patients participating in studies relating to immunotherapy” for a number of cancer types including “lung cancer, melanoma, bladder cancer, breast cancer and lymphoma.” Through this analysis, the clinic is able to develop a personalized cancer care for each patient using a machine learning platform.

In September 2016, Microsoft announced a collaboration with Cleveland Clinic to help the medical centre “identify potential at risk patients under ICU care” with the use of Cortana. Cortana, Microsoft’s AI digital assistant, was integrated into Cleveland Clinic’s eHospital system, a type command centre that monitors “100 beds in six ICUs” from 7pm to 7am. The main focus of the Microsoft Cleveland Clinic partnership is to identify patients that are at high risk for cardiac arrest.

In the small suburbs of Phoenix, Arizona, AI is being used to enhance the ridesharing experience by creating autonomous cars. The company behind this innovative use of AI is ‘Waymo’, which started as a Google self-driving car project in 2009.

Waymo now intends to operate as a ridesharing service, much like Grab and Uber, with an AI edge wherein a driver is not needed and the car is wholly operated through a centralised AI system. Currently, Waymo only operates in Phoenix through their ‘Early Riders’ focus group to test the rideshare – exclusive to a mere 400 people. Waymo intends to introduce Waymo One which is the next phase of their operations. As of now, Waymo is not inclined to comment on when the rideshare will open to the public at large as configurations are still needed to ensure the public’s safety.

AI is slowly but surely being incorporated into various industries all over the globe. It is apparent that Malaysia has achieved significant milestones in enhancing the way in which the healthcare and fashion industry currently operates. This unsurprisingly stems from the spirit of the Fourth Industrial Revolution to disrupt the status quo of the healthcare industry and to even ultimately decrease mortality rates. With that brings expectations for the next industrial revolution to have AI penetrate more industries and with significant developments.