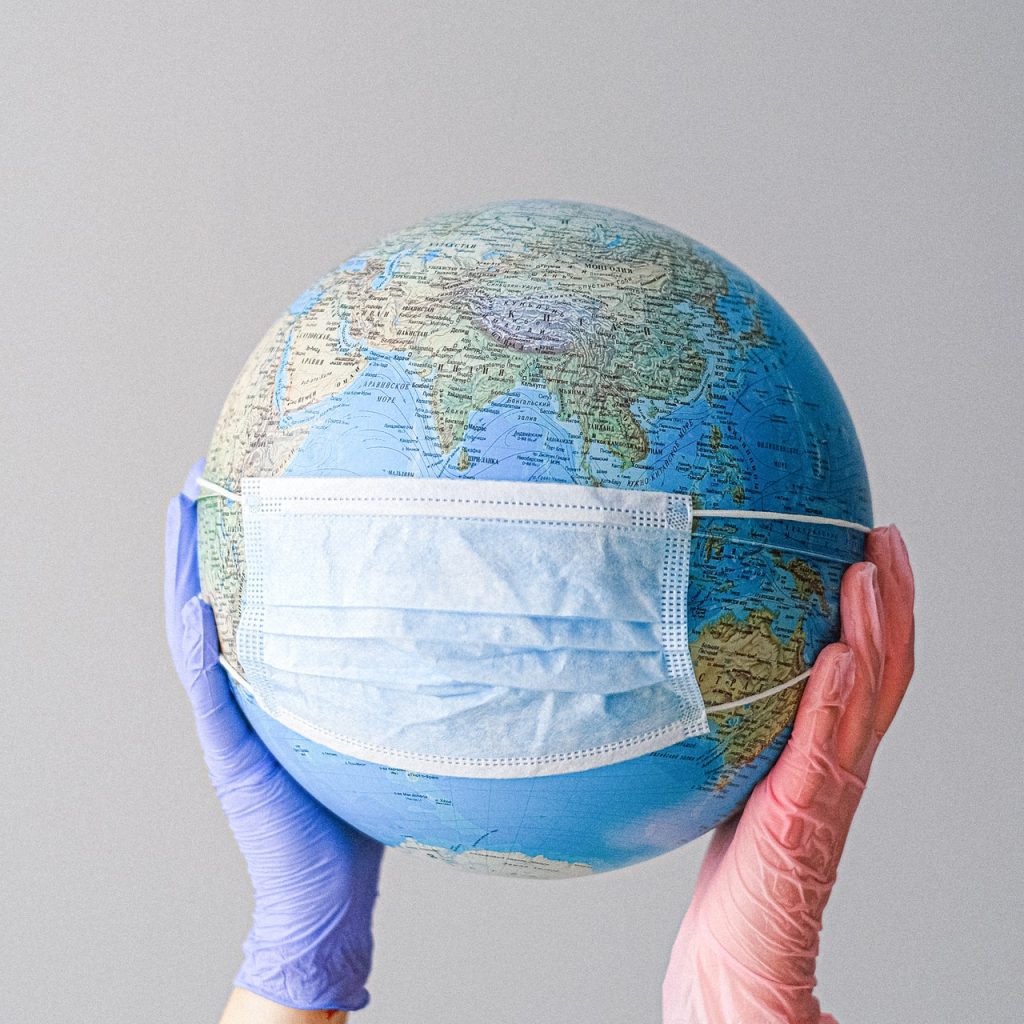 Learning Through a Pandemic

No industry was prepared or spared when COVID-19 hit the world, bringing closures of production, businesses, borders and ports along with untold suffering and deaths for millions.

International trade and shipping were immediately affected by disruptions in supply chains. The many cases of infections on board cruise ships brought into sharp focus the practice of registering ships under flags of convenience. The collapse in crude prices coupled with the advent of IMO 2020 presented new challenges to an already overburdened industry.

Ships continued to sail but soon ran into problems when ports refused to receive them and imposed quarantines. Crews could not be signed off. Infections were found onboard, and in the case of cruise ships at an alarming rate.

Instances like the Ruby Princess in Australia and the Diamond Princess in Japan, where hundreds of passengers and crew were infected, demonstrated how unprepared the industry was to deal with the pandemic. As countries refused to allow cruise ships to dock and disembark, infections grew.

Ship managers play a crucial role in the industry, dealing with both the commercial and operational aspects of running ships for owners. But the main task is to ensure that ships continue to sail or, as CEO Mark O’Neil of Columbia Shipmanagement put it, “that the propellers keep turning safely.”

Like Clint Eastwood in the film “Heartbreak Ridge,” O’Neil says ship managers had to “improvise, adapt, overcome.” They had to be flexible and undertake robust and proactive planning, using technology and communications as key elements to navigate through the pandemic with the most important components being a focus on people and strong, clear leadership.

CEO Olav Nortun of Thome Ship Management agrees and highlights the biggest challenge of all: “Ship managers faced the same issues and challenges as owners. But the biggest challenge was being able to carry out crew changes. This affected all ship managers and owners and led to various trade bodies, the unions and the IMO calling on the world’s governments to recognize crew as key workers so they could disembark from vessels and be repatriated at the end of their contracts.”

Crew on board ships have been badly affected in more ways than one. On top of being owed salaries for substantial periods, they often cannot sign off and make their way home because only certain countries have allowed crew changes of its nationals.

Repatriation of crew requires owners and ship managers to navigate the geopolitics of the pandemic. For example, the process of returning home Carnival Cruise Line’s more than 26,000 crew has involved sending ships to Northern Europe, the Mediterranean, South Africa, India, Indonesia and the Philippines. The final stages involve repatriating thousands of its crew who are nationals of more than 25 Caribbean and Latin America countries.

“The complexity of the many factors that have to come together to make a crew change possible changes all the time,” says Henrik Jensen, Managing Director of Danica Maritime Services. This requires both the ship manager and owner to be flexible: “We are and have been very agile and explore every option for crew changes including looking at ports along the vessel’s route and, if we find any port suitable for crew changes, then discussing with owners if deviation is possible and feasible.”

Martin Springer, Managing Director of BSM Cruise Services, a division of Bernhard Schulte Shipmanagement (BSM), describes a case he handled for a client: “Once ports around the world started to close, our customer, the German tour operator Phoenix Reisen, immediately offered all passengers the option to fly back to their home countries or return with the vessel. The situation, however, changed by the minute as new information came in about port closures and travel restrictions worldwide.”

The International Transport Workers’ Federation (ITF) estimates that as of mid-June 2020 there were about 300,000 seafarers beyond their original contract and working aboard ships due to the ongoing crew change crisis. An equal number of unemployed seafarers ashore were waiting to join them, making an estimated 600,000 seafarers affected by COVID-related travel restrictions and other government policies that inhibit crew change.

“300,000 seafarers are trapped working aboard these vessels,” said ITF General Secretary Stephen Cotton, “and another 300,000 are facing financial ruin at home, desperate to relieve these ships and start earning wages again. Governments are the biggest barrier to resolving the growing crew change crisis.”

Matt Dunlop, Group Director at V.Group, has voiced concern that prolonged stress on crew can create a dangerous mix for ships still at sea: “According to data from the IMO, 80 percent of incidents occurring at sea are due to ‘human error.’ Poor mental health, fatigue and stress can all affect seafarers in the course of their daily work. These factors can make the difference between safe transit and a major incident.”

As individuals retreat to their cabins to talk with their families, they can become more isolated and their well-being can suffer, especially if they receive bad news from home and are unable to help. Dunlop adds that owners and ship managers need to pay attention to crew well-being as poor physical and mental health has the potential to jeopardize vessels, the crew themselves and have a direct knock-on effect on their families.

Robert Hedley of Greystoke Ship Management adds that one of the very important lessons learned in dealing with the pandemic is not to neglect crew welfare: “Always remember that your crew are your greatest assets. We have seen that, in the past, many owners, managers and crewing agencies have taken their seafarers for granted. These are real people, not just names on a crew list or manifest.”

Ship operations have also been impacted by supply chain disruptions and lockdowns. Ships facilitate 90 percent of global trade, and an inability to facilitate crew change has the potential to cause a logjam to supply chains that have proven so resilient during the COVID-19 pandemic.

“There’s been significant disruption to the vessel supply chain in terms of spare parts, machinery servicing and limited drydock and repair facilities,” says Thome’s Nortun. “Surveyors have not been able to visit ships to perform audits, surveys and inspections, and so alternative methods have had to be employed to overcome this.”

Remote communications have played a big role in filling the gap in overcoming supply chain disruptions as well as promoting seafarer welfare. Nortun points out that such communications include remote audits, surveys and inspections and remote crew briefings to Masters, Chief Engineers and their crews to ensure there is an Outbreak Management Plan in place and that all crew are equipped with personal protective equipment.

Daily contact with vessels via remote communications can address crew concerns at an early stage and facilitate the logging of health conditions daily – taking temperatures and reporting symptoms, if any. It can also enhance emergency preparedness procedures and assist with recovery management strategies for post-pandemic planning.

A significant breakthrough occurred at the virtual International Maritime Summit on Crew Changes convened by the U.K. in early July.

“Seafarers’ tours of duty cannot continue to be extended and need to be kept to a duration of less than 12 months, as set out by the Maritime Labor Convention (MLC) 2006,” the Summit stated. “Apart from the humanitarian and crew welfare concerns and issues of regulatory compliance, there is an increasing risk that fatigue and mental health issues could lead to serious maritime accidents.”

It’s clear from dealing with the pandemic and its effects that remote handling of operations through online methods is essential. This should be second nature by now as crew and ships spend significant periods of time at sea. Issues of crew welfare, contingency planning and being agile and flexible came to the fore and became more urgent than ever.

Nortun succinctly summarized the lessons learned: “The future for ship management post COVID-19 is sustainable as we have demonstrated that even during a world-wide pandemic, which at one stage had around one-fifth of the world’s population in lockdown, ship managers still effectively managed their vessels to ensure that countries got their essential supplies.”

Moreover, he continued, “Ship managers made sure vessels still made their port calls and delivered medicines, fuel and food supplies so countries did not run out of essentials – all this against a backdrop of uncertainty with crews working well beyond their stipulated contracts in some instances due to world-wide government restrictions.”

(Previously published in the Maritime Executive, reproduced by consent of the Author)