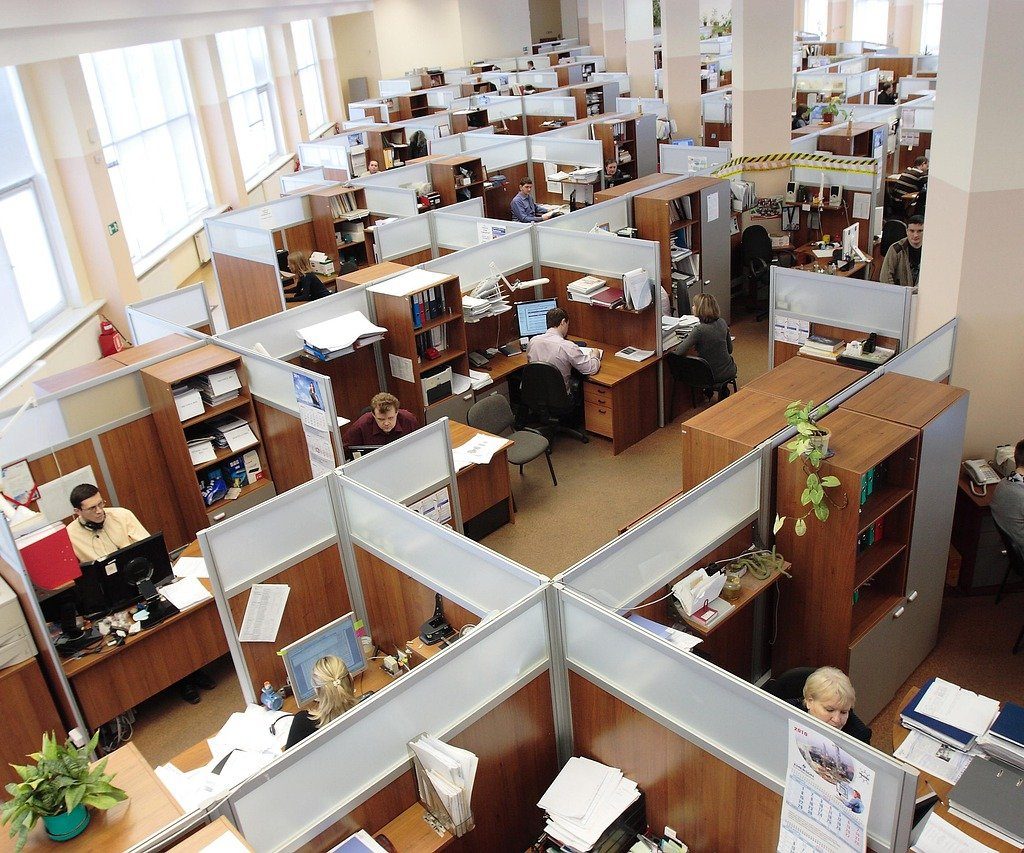 Being a trustee is not merely having the powers to administer the property of a trust fund, but it comes with a wider scope of duties and responsibilities. As much as directors have fiduciary duties in exercising their directorship in managing a company, similarly, trustees also owe fiduciary duties towards the beneficiaries of the trust fund.

In identifying the fiduciary duties of trustees, an important issue to be established beforehand is whether there exists a fiduciary relationship between trustees and beneficiaries. In Chirnside v Fay [2007] NZSC 68, the learned judge in his judgment had provided the definition of fiduciary which comes from the word fiducia, meaning trust, confidence, and faith. The judge further elucidates the word fiduciary to be a relationship of trust and confidence in which a person is entitled to rely on another. In the case of LAC Minerals Ltd v International Corona Resources Ltd (1989) 61 DLR (4th) 114 at 90, the judge’s explanation is as follows:

“…there are certain relationships which are almost per se fiduciary such as trustee and beneficiary, guardian and ward, principal and agent…”

From the above excerpt, it is clear that there is a fiduciary relationship existing between trustees and beneficiaries.

When we discuss about the duties of trustees in Malaysia, an Act legislated for this purpose is the Trustee Act 1949 (hereinafter referred to as “the Act”). Despite the presence of a specific legislation governing matters relating to the powers of trustees, it is stated under the Act itself that the powers conferred by the Act on trustees are in addition to the powers conferred by the instrument creating the trust (hereinafter referred to as “instrument”) and those powers will only apply if there is no contrary intention expressed in the instrument and is effectively subject to the terms of the instrument.[1]

It is well understood from the provision that reference should be made to the provisions laid down in the instrument creating the trust before referring to the Trustee Act in matters relating to the powers of trustees.

However, the Act only confers powers to the trustees but does not expressly address the issues surrounding the fiduciary duties of trustees in exercising their responsibilities towards the rightful beneficiaries. Hence, as provided under the Civil Law Act 1956, reliance should be made to Common Law in the absence of any local legislation.[2] Under the Common Law, the two core elements governing trustees in the discharge of their duties are first, prohibiting the fiduciary from acting in a situation where there is a conflict between the fiduciary duties and his or her interest and secondly, the fiduciary is prohibited from making a profit out of his or her fiduciary position.[3] In a rather simplified form, these elements are known as the “no-conflict rule” and “no-profit rule”.[4]

In general, the primary duty imposed on the trustees is a duty of loyalty to the person for whom they are acting. Firstly, the trustee must administer the trust only for the interest of the beneficiaries. The two main indicators for disloyalty take place when the trustees engage in self-dealing or get along within conflict of interest. Self-dealing means that the trustees attain benefits from the transaction made upon the trust property. With regard to this, even if a trustee attempts to prove that he acts in good faith and for the benefit of the beneficiaries, it is still insufficient for to escape from liability. Hence, it is a must for the trustees to avoid any conflict of interest under all circumstances. We will first discuss on the element of the no-conflict rule.[5] It’s established under this rule that the trustees should exercise their duties in good faith and that the trustees must never be in competition with the trust.

Good faith refers to honesty or sincerity of intention.[6] According to N S Bindra’s Interpretation of Statutes[7] which was cited in the case of T Sivam a/l Tharamalingam (sebagai wakil/ pentadbir kepada harta pusaka mendiang Nagamuthu a/l Periasamy) v Public Bank Berhad,[8] good faith includes due inquiry and implies not only an upright mental attitude and clear conscience of a person, but also the doing of an act, showing that ordinary prudence has been exercised according to the standards of a reasonable person. The author, N S Bindra further stated that ‘good faith’ precludes pretence or deceit and also negligence and recklessness.

In other words, the trustees are said to have acted in good faith when they act honestly, reasonably and fairly in the best interest of the beneficiaries. Trustees must also not be in competition with the trust in the course of carrying out their duties and responsibilities. This statement suggests that trustees are prohibited to compete with a business which forms part of the trust assets.[9]

Why is it prohibited? This was answered by the court in the case of Re Thomson [1930] 1 Ch 203 where the court established that the action would amount to an engagement in which he would have a personal interest conflicting or which possibly might conflict with the interests of those he was bound to protect. Hence, the trustee could be said as being in breach of his or her fiduciary duty by entering in such engagement. An example that explains this situation is a trustee cannot set up independently as a yacht broker if he was a trustee of a yacht broking business.[10] The law is concerned if the trustee would end up making decisions that would conflict with the beneficiaries’ interest since the trustee may enter into dealings with the yacht broking business as a yacht broker. However, this rule does not apply to businesses of different nature and/or subject matter since there would be no element of competition.

Any transaction in which a trustee purchases a trust property or sells his own property to the trust renders the transaction as voidable. This was established by Lord Eldon in Ex P Lacey (1802) due to the fact that;

2) it is impossible to determine whether he has served the beneficiaries’ interest properly in securing the best price for them.

Apart from that, it is a fundamental principle of trusteeship that trustees must not expect any remuneration in performing their duties in relation to the trust.[11] Similar to the abovementioned limbs under the no-conflict rule, this principle of non-remuneration is also based on the principle which disallows a fiduciary from putting himself in a position where his or her personal interests would conflict with his or her duties as a trustee.[12] In the case of Barret v Hartley[13], a trustee who successfully managed the trust business for six years had failed to secure remuneration for his personal efforts in managing the trust.

The next element is the no-profit rule. Lord Herschell in Bray v Ford[14] laid down as follows:

“…it is an inflexible rule of the court of equity that a person in a fiduciary position…is not unless otherwise expressly provided, entitled to make a profit; he is not allowed to put himself in a position where his interest and duty conflict…I regard it rather as based on the consideration that, there is danger, in such circumstances, of the person holding the fiduciary position being swayed by interest rather than by duty, and thus prejudicing those whom he was bound to protect.”

The excerpt suggests that a person in a fiduciary position is not entitled to make any profit in the course of their trusteeship. Under the rule in Keech v Sandford,[15] it is an established principle of law that a trustee must not use his position as a trustee to enrich himself. According to Lord Russel, “the profiteer, however honest and well-intentioned, cannot escape the risk of being called upon to account…”.[16] It was also further stated that the person in fiduciary position must not utilise any information which has come to them due to their position to gain a profit and this principle has been enumerated in Board v. Phipps.[17]

Any profits received by a trustee will be considered as unauthorized profit which includes incidental and secret profits. A trustee usually happens to receive incidental profits when the trustee receives a commission by directing the trust to a particular company. Reference can be made to the case of Williams v Barton[18] in which a trustee had a contract with a brokerage firm under which he received a commission on work for clients that he had introduced to them. The Court then decided that the trustee was accountable to the trust for the commission he earned by directing the trust business to the firm.

Meanwhile, trustees are said to have obtained secret profits if they have received bribes or hidden commissions. In the case of Islamic Republic of Iran Shipping lines v Denby,[19] a solicitor accepted a ‘commission’ of $200,000 from the opposite side for securing the settlement of a legal action brought by his client. Leggat J said, “what he received was, quite simply, a bribe and he was liable to pay the sum to his client.” This shows that trustees who have received such secret profits are liable to pay the beneficiaries of the trust fund the amount which they have profited from.

The analysis of the case laws shows that the relationship between trustees and beneficiaries is undoubtedly based on the principle of trust and confidence which creates fiduciary duties.

Currently, the governing laws in the available statutes and instrument creating the trust do not directly address the fiduciary nature of the trustees’ duties and powers. Therefore, the fiduciary nature of trustees is addressed by referring to the principles of equity and trust as embodied in numerous judicial decisions of the courts of law. In a nutshell, it is crucial for the trustees to be aware of the real responsibilities of trustees that they carry and the importance of observing their exercise of powers and duties to ensure that their actions are in line with the principles of trust and equity.