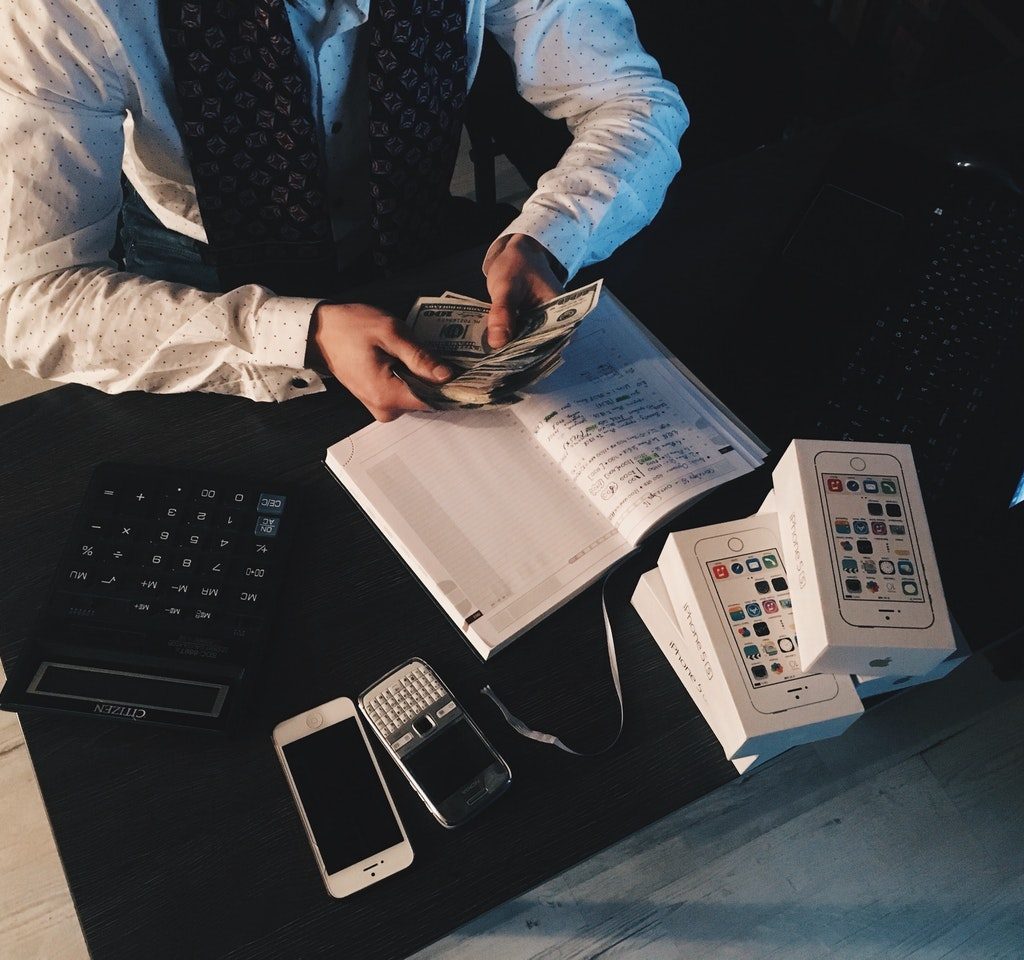 Causes of Action Against a Liquidator for Improper Conduct

Section 487 of the Companies Act 2016 (“CA 2016”) gives discretionary powers to a liquidator in managing the property of the company and the distribution of the assets.6 However, the discretionary power given to a liquidator as provided under the Act does not mean that a liquidator can breach his statutory duties and fiduciary duties which are meant to be exclusively for the protection of the creditors and/or contributors.7 Generally, the courts will not interfere with exercise of the discretion of a liquidator. However, the court may interfere if the decision of the liquidator is such that no reasonable man, properly instructed in the circumstances, could have arrived at it.8

An order under section 510 of the CA 2016 allows the court to take cognizance of the conduct of a liquidator, and if a liquidator does not faithfully perform his duties and observe the prescribed requirements or the requirements by the court or if any complain is made to the court by any creditor or contributory or by the Official Receiver in regard to the conduct, the court shall inquire to the matter and take such action as the court thinks fit.9

Duties of A Liquidator

In the discharge and performance of the duties, a liquidator is expected to exercise a high standard of care, skill, diligence and competence commensurate with their professional standing.10

The Court of Appeal in Yeo Ann Kiat & 238 Ors v Hong Leong Bank Bhd & Anor [2016] 6 MLJ 499 referred to an Australian case11 where the court explained the general duties of a liquidator in the following terms:

“Fundamentally, he must administer the estate strictly in accordance with the duties and obligations specifically imposed on him by the Companies Act and its Rules. Preserving the assets, giving proper attention to the administration, acting with due despatch and ensuring adequate knowledge and understanding of the affairs of the companies are matters of common sense. If there is a difficulty at any stage of the administration then it is the clear duty of the liquidator to inform the Court and take directions.

…The law in the circumstances regards such duties as fiduciary, although clearly it will not interfere with bona fide exercise of discretion which are not beyond the acts or omissions of a reasonable person.”

It has therefore been recognised that a liquidator, in the discharge of his duties, must act in accordance with the Act and its Rules, and owes fiduciary duties to preserve the company’s assets, and transact or dispose of the liquidation process promptly or expeditiously or as soon as practicable. The court is obliged to remove liquidators in limine if he fails to act with the spirit and intent of the relevant provisions of the Act and more importantly when he acts outside of the scope of his appointment or order of court or is not justly, expeditiously and economically pursuing to conclude the liquidation process.12

Cause of Action Against a Liquidator for Improper Conduct

Various causes of action may arise entitling any aggrieved person such as members or creditors to sue a liquidator for improper conduct and these causes of action are derived from breach of statutory duties under the Act and also other fiduciary duties imposed on a liquidator. A liquidator is in a fiduciary position in relation to the funds of the company which he holds on trust for both contributories and/or creditors.

A liquidator is said to have improper conduct and in breach of his duty when he unilaterally withdraws the assets of the company to pay his own remuneration.13 In Ong Kwong Yew and Others v Ong Ching Chee [2018] 1 LNS 2247, the liquidators had withdrawn monies from the companies to pay their remuneration. The Court of Appeal held that the liquidators had breached their statutory duty under section 232(2) of the CA 1965 (reproduced in section 479(2) of the CA 2016) when they unilaterally withdrew monies from the companies for their own remuneration. The court further stated that the remuneration paid to the liquidators should be determined by agreement between the liquidator and the committee of inspection, by resolution passed at a meeting of creditors, and failing those two circumstances, by the Court.

The liquidator could not simply “help himself” to compensation without the consent of all the relevant creditors, or contributories in the instant case. A prudent liquidator, appreciating that he occupies a position of trust in relation to the company in liquidation, would have taken the precaution of obtaining the sanction of the Court.14 Another example of improper conduct of a liquidator is when he is in a position where his duty and interest are in conflict. As to what constitutes conflict of interest, there has to be a real and not merely theoretical possibility of conflict before a liquidator can be removed.15 In considering whether a liquidator should be removed on the ground of conflict of interest, the approach of the court can be summarised as follows:

“The courts will consider whether there is any real risk of the liquidator not being able to act impartially or objectively in relation to company’s affairs and they have removed a liquidator whose independence or fiduciary position was compromised by personal indebtedness to the company, or by his or her claim to rank as a creditor of the company, or because of a conflict of interest, or by the liquidator’s efforts to prevent misfeasance proceedings from being taken against him or her.

“Likewise, the fact that the liquidator has been closely associated with promoters or directors whose conduct required investigation, or that he or she has manifested a tendency to favour certain interests at the expense of others, or is motivated by personal animosity toward some of those interested in the winding up, or has become too familiar with a major creditor, or is a partner in a firm whose relationship with the company may need to be investigated might indicate such a lack of probity, impartiality, or independence, as makes it proper that the court should remove the liquidator from office.”16

Therefore, a liquidator owes fiduciary duty to the creditors and contributors to act with complete impartiality, independence and transparency in conducting and discharging their duties.17 Further, a liquidator, as an officer of the court, is also bound to follow orders as well as directions of the courts,18 and failing which it will be nothing short of contempt19 and may also lead to a suit for professional negligence against the liquidator to indemnify all losses and damages arising from their misconduct.

In TR Hamzah & Yeang Sdn Bhd v City Centre Sdn Bhd [2012] 1 MLJ 383, the liquidator in this case being an officer of court was in gross contempt and/or disrespect to the order of court when he proceeded to act in the liquidation process in the absence of committee of inspection. In doing so, he had exposed himself to personal liability and he may not only be liable to the creditors and/or contributories but also to other service providers whom he had appointed and now will not be able to be indemnified from the assets of the respondent company. Failing to take reasonable steps to bring liquidation process to an early conclusion is also an example of improper conduct which entitles the creditors to bring an action against a liquidator. In Bina Puri Sdn Bhd v Jambulingan Sethuraman- Raki (c/o Rimbun Corporate Advisory Sdn Bhd [2012] 8 MLJ 141, the court allowed the application of creditor to remove the liquidator as he had failed to bring the liquidation process to an early conclusion.

He ought to have submitted to the court for direction if funds were lacking. As such, it was found that the respondent had not kept up to the professional standard expected of him. As such the applicant’s complaint for the respondent’s removal had merits.”21 It is also an integral part of a liquidator’s duty to investigate the affairs of the company from its foundation onwards and failure to execute such duty, would tantamount to the liquidator being in neglect of his duty.

It is trite that the liquidator’s primary role in winding up proceedings is designed to ensure fair distribution of company’s assets to the creditors and/or contributors. In discharging his role, a liquidator stands in a fiduciary position to protect the best interest of the creditors and/or contributors and he is required to perform his duty with high standard of care and diligence attributable to a professional person.

This requirement can be seen generally applicable to all of the statutory duties of a liquidator stated under the Act and its Rules. A liquidator also must remember that he is an officer of the court, thus, he may ask for guidance from the court in every case of serious doubt or difficulty in relation to the performance of his duties and is bound to follow the court’s direction.

A liquidator who is guilty of improper conduct, such as withdrawing the company’s assets to pay his remuneration, disobeying court’s orders, or involving himself in a position where his duty and his interest are in conflict may justify the creditors or any aggrieved person a right to sue him and the liquidator might be exposed to various liabilities such as criminal liability, professional negligence, contempt of court, and numerous other which the court deems fit.