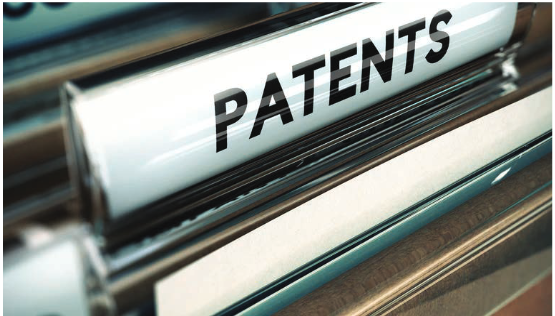 A Guide to Patent Law in Malaysia

The Patents Act 1983 (“Act”) and the Patents Regulations 1986 (“Regulations”) are two sets of law that govern the patent scene in Malaysia. The Act covers the criteria for patentability, rights attached to patents and duration of patents, whereas the Regulations predominantly encompass the procedures for the application of patents.

A patent refers to an exclusive right granted by the government to the owner of an invention which gives him limited monopoly rights for his new invention in exchange for the full disclosure of his invention to the public.

The patent system benefits the public through the increase in technical knowledge which is generated by the disclosure of an invention and concurrently benefits the inventor through the exclusive rights given over his invention for a period of time. An invention, which may be or may relate to a product or a process, is an idea of an inventor which permits, in practice, the solution to a specific problem in the field of technology.[1] However, not all inventions which fall within the definition of ‘invention’ are patentable.

3) What are the Requirements for Patentable Inventions?

To qualify for a patent, the invention must satisfy the following requirements:

i. It must be new (novel);
ii. It involves an inventive step;
iii. It is capable of industrial application; and
iv. It must not be explicitly excluded by the Act.

New: The invention should not have been disclosed to the public, anywhere in the world, by written publication, oral disclosure or use in any way before the patent application is filed.[2] A disclosure that enables someone to make the invention will result in the invention becoming part of the ‘prior art’. Therefore, it will not be patentable as it is said to have been ‘anticipated by the prior art’. On a practical note, if it is absolutely necessary to disclose the invention before applying for a patent, it is vital for the inventor to enter into a non-disclosure agreement with any 3rd party to whom he intends to disclose the invention. The Act does however grant a grace period of one year prior to the date of application for disclosures committed either directly or indirectly by the applicant or their predecessor in title.[3]

Inventive Step: An invention is considered as involving an inventive step if the said step would not have been obvious to a person having ordinary skill in the art, having regard to the prior art.[4] An invention that lacks an inventive step is said to be obvious. The Federal Court in the landmark decision of Spind Malaysia Sdn Bhd v Justrade Marketing Sdn Bhd & Anor [2018] 4 MLJ 34 held that the 4-step test from Windsurfing International Inc v Tabur Marine (Great Britain) Ltd [1985] RPC 59 is a good starting point for analysing the issue of inventive step.[5]

The 4-step test to assess obviousness is as follows:

Industrial Application: An invention is considered industrially applicable if it can be made or used in any kind of industry.[6] In other words, it can be mass-produced.[7]

Exclusions: Inventions consisting of any of the following are expressly excluded from patentability under the Act[8]:

i. discoveries, scientific theories and mathematical records;
ii. plant or animal varieties or essentially biological processes for the production of plants or animals, other than man-made living micro-organisms, microbiological processes and the products of such microorganism processes;
iii. schemes, rules or methods for doing business, performing purely mental acts or playing games;
iv. methods for the treatment of a human or animal body by surgery or therapy and diagnostic methods practised on the human or animal body.

Nevertheless, the exclusion (iv) above does not extend to products used in any of those methods such as drugs.

Generally, patents should be filed as soon as possible since most countries including Malaysia award patents to applicants on a first-to-file basis. Hence, it is in the interest of an inventor to make an early decision on whether or not to file a patent application to pre-empt another competitor from filing ahead of him.

5) Duration of Validity of a Patent

Once granted, the duration of a patent shall be 20 years from the filing date of the application, subject to the timely payment of prescribed annual fees.[9]

Similarly, if the duration of a patent granted before 1 August 2001 and still in force on that date, the duration of the patent shall be 20 years from the date of filing or 15 years from the date of the grant whichever is longer.[10]The owner of a patent must pay an annual fee upon the grant of patent beginning in the second year. No fees are imposed on pending applications unlike in some jurisdictions. A grace period of 6 months is allowed for late payment of annual fees subject to an additional surcharge.

If the prescribed annual fees are not paid, the patent will lapse and a notice of the lapse of the patent for the non-payment will be published in the Government Gazette. To remedy the lapse of a patent, the owner within 2 years of its lapsing must apply to the Registrar to remedy the said lapse.[11]

The requirements however are that all fees due must be paid and the lapse must have been caused by an accident, mistake, or other unforeseeable circumstance.[12] It must be noted that between the period of the patent lapsing and the period in which the lapse is remedied, third parties who have acquired rights concerning the said lapsed patent cannot be prejudiced by its remedy.[13]

6) What are the Rights Granted to a Patent Owner?

Patent rights are territorial in nature. As such, the rights conferred by a patent granted in Malaysia extend only to Malaysia. The exclusive rights of the patent owner are to exploit, assign or transmit the patent and conclude license contracts[14].

7) How Can a Patent be Infringed?

Patent infringement occurs where a person does any of the acts which are the exclusive right of the patent owner without his consent.

The owner of the patent has the right to institute infringement proceedings against any person who has infringed or is infringing the patent.[15]

Where the owner of the patent proves that an infringement has been committed or is being committed, the Court will award damages and grant an injunction to prevent further infringement and award any other legal remedy as deemed appropriate.

Malaysia is a contracting party to three international arrangements on patent regulations, namely the Paris Convention for the Protection of Industrial Property 1883, the Patent Cooperation Treaty 1970 (“PCT”) and the WTO Agreement on Trade-Related Aspects of Intellectual Property Rights 1994. Patent protection is thus obtainable in Malaysia either through an application made to MyIPO for a national patent or through an application for international filing under the PCT.