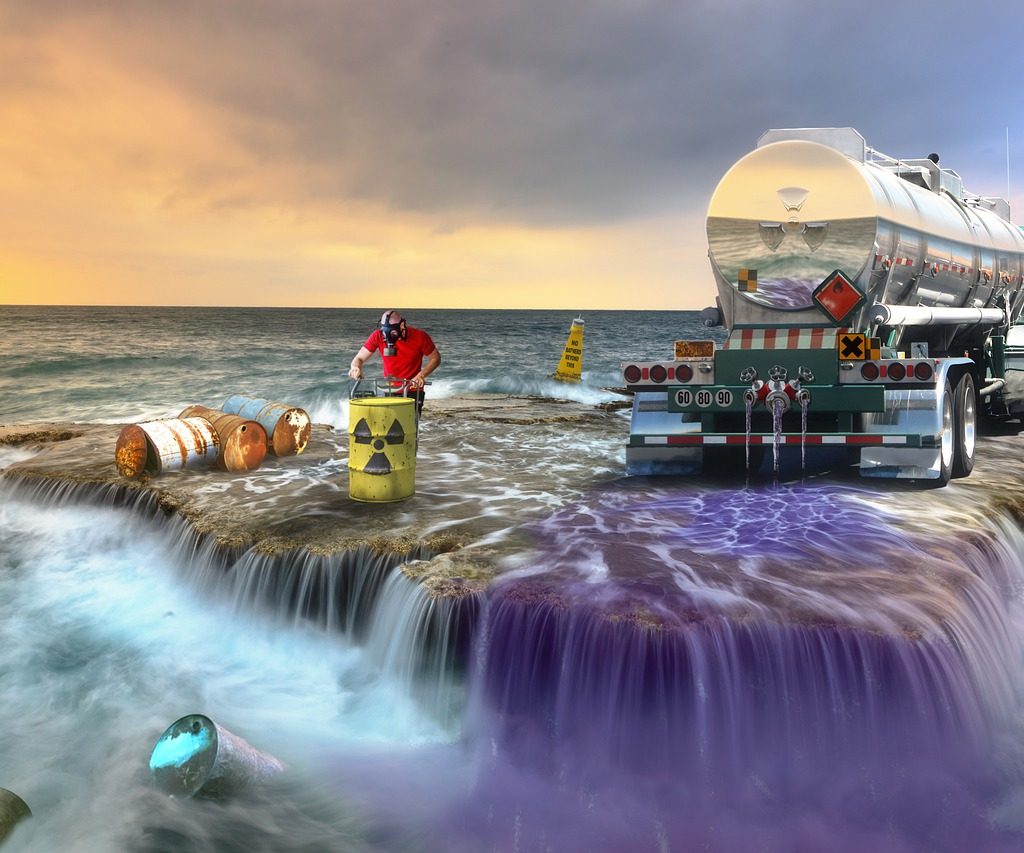 A Commentary on Johor’s Sungai Kim Kim: What Has Gone Wrong?

During the 1st quarter of 2019, the nation was shocked with the news of illegal chemical dumping at Sungai Kim Kim which adversely affected the population living near the polluted area. Sungai Kim Kim is a river located at Pasir Gudang, an industrial town in the district of Johor Bahru, Johor.

On 7 March 2019, a total of 30 people were admitted to the hospital with the symptoms of vomiting and fainting after breathing in strong smell from Sungai Kim Kim. SK Taman Pasir Putih and SMK Pasir Putih[1] which are located approximately 500 metres from the dumping area were ordered to close. On the next day, the number of victims hospitalised was reported to rise to 79. 5 police reports in relation to the chemical dumping were then lodged on 9 March 2019. Within a span of 7 days from the first report of victims’ hospitalisation due to the chemical dumping, the number of victims doubled to almost 1,000 on 14 March 2019 which prompted the government to order all 111 schools in and around Pasir Gudang to close indefinitely.

Consequently, 3 persons were arrested on 11 March 2019 and subsequently charged for the illegal chemical dumping. 2 of the suspects are the directors of P Tech Resources Sdn Bhd (“Company”) and the other is their lorry driver.[2] The Company is an illegal tyre recycling factory which operates in Pasir Gudang and based on the samples taken, the chemicals present includes benzene, acrolein, acrylonitrile, chloride, methene, hydrogen, toulene, xylene, ethybenzene and d-limonene.

After the surge of reports and hospitalisation of Pasir Gudang residents due to the pollution, the 1.5 km stretch of Sungai Kim Kim was cleaned up in less than a week[4] with a cost amounting to a whopping RM6,400,000.00 just for the clean-up alone.

The Energy, Technology, Science, Climate Change and Environment Minister, YB Yeo Bee Yin further stated that the total cost of operation would be more than RM10,000,000.00 taking into consideration the movement of the officials and all.[5]

As of April 2019, all of the 111 schools have reopened but the residents are still taking cautionary steps by wearing face masks as a protection from any remaining toxic fumes.

In Malaysia, the main legislation which governs environmental protection is the Environmental Quality Act 1974 (“EQA”). Various regulations, orders and rules were also enacted to complement the EQA, which are as follows: –

It is interesting to note that the EQA was enacted in 1974, during the time at which Malaysia’s environment was in a much better shape. Meanwhile, the last legislative review/amendment of the EQA was made in 2012 pursuant to the Environmental Quality (Amendment) Act 2012. Hence, question which arises is whether the amendments made almost 7 years ago are sufficient to accommodate and protect the environment.

Thus, there may be a necessity for the Government to review and update the existing legislations to ensure that it continues to provide the avenue for the protection of the environment.

Other than the EQA and its Regulations, various legislations were also enacted to govern other aspects of the protection of environment in Malaysia, such as the Wildlife Conservation Act 2010, the National Forestry Act 1984 and the Fisheries Act 1985.

The enforcement of environmental laws falls under the jurisdiction of the Department of Environment (“DOE”), one of the departments under the Ministry of Energy, Science, Technology, Environment & Climate Change (“MESTECC”).[8] Currently, the DOE is in the process of forming the Toxic Waste Management and Scheduled Waste National Committee which will be responsible for any future toxic waste management.[9]

Relevant Provisions for the Offence of lllegal Chemical Dumping

Furthermore, Regulation 3(1) of the Environmental Quality Regulations (Scheduled Wastes) 2005 also states that every waste generator shall notify the Director General of DOE on the new categories and quantities of scheduled wastes generated within 30 days from the date of its generation. Failure to do so will entail a penalty of fine up to RM10,000.00 or imprisonment up to 2 years or both as provided under Section 41 of EQA.

Besides that, Regulation 16(1) of the Environmental Quality Regulations (Clean Air) 2014 (“CAR”) provides that an owner or occupier of a premise shall conduct periodic monitoring if required under the relevant Schedules of CAR.

Any person who contravenes or fails to comply with Regulation 16(1) of CAR shall be liable upon conviction to a fine up to RM100,000.00 or imprisonment for a term up to 2 years or both.

Based on the quantum of punishment imposable to the accused upon conviction, it is apparent that the damages suffered by the public due to the pollution caused by the chemical dumping is relatively too large and is irreparable by such inadequate punishment provided under the law.

Environmental Protection in Other Countries

In NSW, the Protection of the Environment Operations Act 1997 (“POEO Act”) is the primary piece of environmental legislation regulating illegal dumping in NSW. The POEO Act provides a tiered range of on-the-spot fines and penalties for illegal dumping offences. The sections commonly used by the EPA to regulate illegal dumping are Sections 143 and 144 of the POEO Act.[10] In general, these provisions deal with the unlawful transporting, acceptance and depositing of waste and the state that the owner, transporter and person receiving the waste or allowing their waste to be received are committing a crime.

The POEO Act provides various fine and penalties for the offence of illegal dumping, as follows: –

2. Wilful or negligent disposal of waste causing actual or likely harm to the environment[12]

Furthermore, in 2018, a new framework was adopted to allow the NSW Environment Protection Authority, the state’s environmental watchdog, to be able to apply to NSW courts for monetary orders to recover illegal profits from polluters when they are sentenced.[13] This was captured under Section 249 of POEO Act which states that the offender can be required to repay any monetary benefit obtained as a result of the offence as an additional penalty.
– UK

In UK, the Environmental Protection Act 1990 (“EPA”) is the legislation which provides the fundamental structure and authority for waste management and control of pollution arising from industries and processes. Section 33 of EPA prohibits any unauthorised or harmful deposit, treatment or disposal of waste which is also known as fly-tipping.[14]

Fly-tipping is a criminal offence punishable by a fine up to £50,000 or 12 months imprisonment if convicted in a Magistrates’ Court. The offence can attract an unlimited fine and up to 5 years imprisonment if convicted in a Crown Court.[15] In addition to those fines, those found guilty of the offence may also be subjected to the payment of legal costs and compensation. As an example, in 2013, 2 offenders were fined more than £80,000 for fly-tipping asbestos waste.[16]

Additionally, the Proceeds of Crime Act 2002 also enable the assets of the offender to be frozen and confiscated.

Other range of possible penalties for the offence of fly-tipping includes the following: –

a. Section 33ZA and 33ZB of EPA states that penalty payable pursuant to the notice is between £150 to £400 or £200 if no amount was specified by the authority.
b. The Unauthorised Deposit of Waste (Fixed Penalties) Regulations 2016 also empowers local authorities in England to issue fixed penalty notices between £150 to £400 for small-scale fly-tipping offences. This may be served as a criminal penalty in lieu of prosecution for a criminal offence. It is not a civil penalty.
c. In Scotland, fixed penalty notices can be used for any fly-tipping incidents under section 33A of EPA.

a. The power to seize property is provided under Section 5 of the Control of Pollution (Amendment) Act 1989 or Section 34B of EPA.
b. On top of that, the Control of Waste (Dealing with Seized Property) (England and Wales) Regulations 2015 provides the procedures which a waste collection authority (most local authorities), the Environment Agency and Natural Resources Wales must follow once they have seized a vehicle and/or its contents because of suspected involvement concerning the transport or disposal of waste (such as fly-tipping).

In comparison, the penalties imposable for the offence of illegal chemical dumping in NSW and in UK are harsher than in Malaysia. This means that the 3 accused of Sungai Kim Kim pollution will, if convicted for the offence, face a higher quantum of punishment if the offence occurred in NSW.

Ergo, Malaysia may adopt similar framework like those implemented by NSW and UK to promote and enhance compliance of environmental laws to companies and individuals.

This is important because in the Sungai Kim Kim pollution, the persons charged with the offence are individuals, hence, it is uncertain whether the accused can satisfy the fines imposed to them in the event of their conviction and whether it is an adequate deterrence to the relevant companies and individuals. Rather than punishing individuals, it is more important to cut the source of the problem at the root.

As a conclusion, Malaysia has to take more proactive steps to protect the environment. Review of the existing legislations and relevant authorities is pertinent to ensure a comprehensive and effective enforcement of the laws. Besides that, although Malaysia has enacted various laws to protect the environment, the pollution incident at Sungai Kim Kim still occurs. Perhaps, the problem lies more on the harmony between the existing laws and its enforcement procedures.