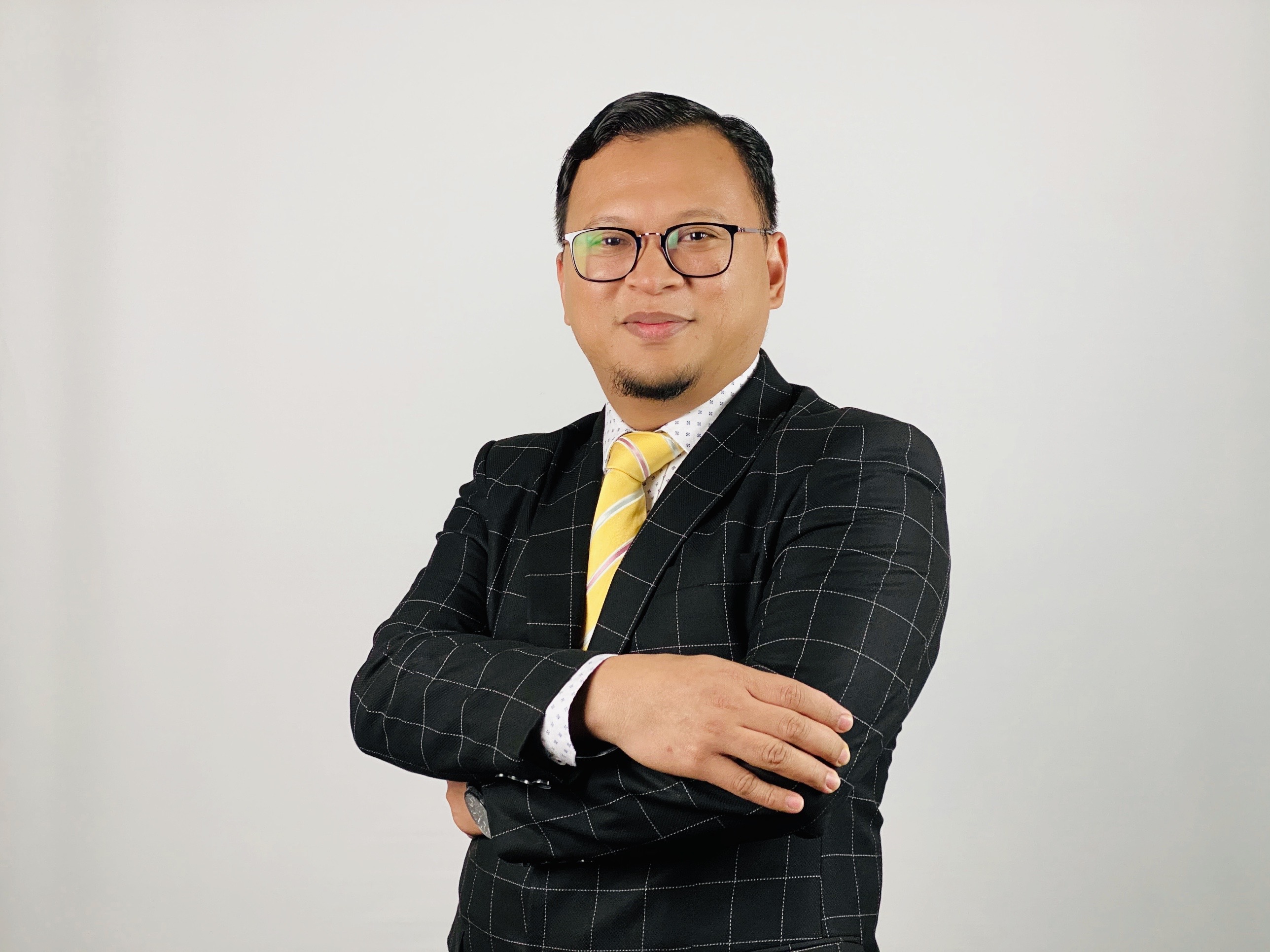 Ahmad Syahir graduated from International Islamic University of Malaysia (IIUM) with a First-Class Honours Degree in 2008.

During his study, he obtained several awards for his academic performance including the Ahmad Ibrahim Kuliyyah of Laws Dean’s List Certificate for all eight semesters of his studies. He was also awarded the Best Student in Islamic Banking Law and was named in the Rector’s List during the 24th IIUM Convocation 2008.

He also attended an Arabic language course at the Abu Nour University, Damascus, Syria in 2006. In 2005, he was selected to participate in a course organized by Da’wah and Guidance Centre that was held in Makkah al- Mukarramah, Saudi Arabia. He received Certificate of Excellence for both courses he attended. He was a product of Darul Quran, JAKIM. He completed the memorization of the whole thirty chapters of al-Quran and received his Certificate in Tahfiz al-Quran Darul Quran-IIUM with jayyid jiddan (second class upper) in 2004.

He joined Azmi & Associate in May 2008 to undertake his pupilage under the supervision of our Senior Partner, Dato’ Azmi Mohd Ali. He was called to the Malaysian Bar on 10th April 2009. He was part of the team that advised on the issuance of Sukuk al-Ijarah and al-Mudarabah by Malaysian highway concessionaire Projek Lintasan Shah Alam Sdn. Bhd., which garnered the Islamic Finance News Deal of the Year 2008 award for its innovativeness.

He was also part of the team that advised Bursa Malaysia Islamic Services on the drafting of the rules governing the operations of Bursa Suq al-Sila’, the world’s first fully-automated secure online commodity-trading platform established by Bursa Malaysia Berhad based on the Shariah concept of Murabahah (tawarruq) which was awarded the “Most Outstanding Islamic Finance Product” at the Kuala Lumpur Islamic Finance Forum (KLIFF) 2009.

He has also been actively involved in advising various financial institutions, corporations, cooperative societies and government agencies for the development of common Islamic finance and banking documentation.

He is listed under the Legal 500 as a recommended lawyer in the area of Banking & Finance.

⊕ Advising syndicated lenders in relation to the Term Loan Facility of USD1.5 billion granted in favour of an oil and gas services company to part finance a floating production, storage and offloading vessel for the oil field in Brazil;

⊕ Advising the Ministry of Entrepreneur Development and Cooperatives (MEDAC) and Malaysia Co-operative Societies Commission for the development of Islamic financing facility documents based on Shariah concept of Tawarruq;

⊕ Advising the Government of Malaysia in relation to the Islamic Financing Facilities of up to RM577.0 million and RM480.0 million granted to a land development authority;

⊕ Advising the Government of Malaysia in relation to the Islamic Financing Facilities of up to RM544.0 million and RM230.0 million only granted to a government-owned corporate entity for the purpose of financing of specific development and project;

⊕ Advising a Malaysian bank in respect of Islamic financing facilities of RM570.0 million granted to a State Economic Development Corporation;

⊕ Advising a Malaysian bank (being the Issuer) on the updating and upsizing of its existing multicurrency medium-term notes programme from USD1.5 billion to USD4.5 billion;

⊕ Advising a listed oil and gas services company in relation to syndicated facilities up to USD550.0 million granted by syndicated financial institutions;

⊕ Advising syndicated lenders in relation to the Term Loan Facilities of USD456.0 million granted in favour of three Labuan subsidiaries of a listed oil and gas company to finance the project costs of 3 vessels;

⊕ Advising a Malaysian bank on aircrafts financing facilities of USD103.2 Million in favour of an Indonesian airlines company for the purchase of aircrafts;

⊕ Advising a Malaysia bank in relation to a Line of Islamic Facility under Standby Letter of Credit-i (SBLC-i) of USD85.0 million granted in favour of a company involved in purchase and supply of Liquefied Natural Gas;

⊕ Advising a Malaysian bank for the Structured Islamic Financing Facilities of RM0 million granted in favour of a concessionaire to finance development of facilities and infrastructure of Children’s Specialist Hospital;

⊕ Advising a Malaysian Development bank in preparing the relevant legal documentation in relation to the novation exercise and settlement arrangement of the outstanding total loan facilities of up to RM1.863 billion involving a group of companies involved in water supply services;

⊕ Advising a Malaysian bank in relation to the Commodity Murabahah Term Financing-i (CMTF-i) of RM500.0 million granted to a logistic services company;

⊕ Advising the largest Islamic bank in Malaysia in relation to the fresh Islamic Short-Term Revolving Credit-i Facility of up to RM1.0 billion in favour of the federal land development authority;

⊕ Advising a Malaysia bank in relation to a fresh Intra-Day Overdraft facility of up to RM2.0 billion in favour of the national energy provider; and

⊕ Advising Bursa Malaysia Islamic Services on the drafting of the rules governing the operations of Bursa Suq al-Sila’, the world’s first fully-automated secure online commodity-trading platform established by Bursa Malaysia Berhad based on the Shariah concept of Murabahah (Tawarruq).